Benzene and butadiene are classed by various organizations as being human carcinogens, meaning they cause cancer or help cancer grow. Benzene side effects include benzene cancer, myelodysplastic syndrome and benzene leukemia, including acute myelogenous leukemia. Benzene lawsuits have been filed by experienced benzene lawyers against the manufacturers of products that pose a benzene cancer risk. Although the US banned benzene as a solvent, benzene litigation is ongoing, with lawsuits filed by plaintiffs who allege they were unreasonably exposed to an increased risk of cancer at their workplace or in their community.

Send your Benzene claim to a lawyer who will review your claim at NO COST or obligation.
GET LEGAL HELP NOW 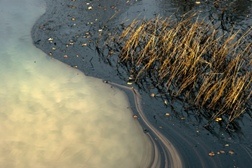 Benzene, or benzol, is a clear, flammable liquid hydrocarbon derived from petroleum. It ranks in the top 20 chemicals for production volume and is found mainly in solvents and degreasers. Benzene is commonly used in the dye, dry cleaning, and petroleum industries and is used to make a wide variety of chemical products, including some types of drugs, rubbers, lubricants, dyes, detergents, pesticides, and motor fuels. Butadiene, like benzene, is a highly flammable, petroleum-based compound that is used to manufacture synthetic rubber, typically used for car tires.

Benzene and Butadiene Side Effects

Benzene leukemia has developed in some people with exposures from less than 5 years to more than 30 years. Breathing high levels of Benzene or short-term exposure to high levels of benzene can cause the following:

Benzene enters cells and damages DNA material. As well, benzene is known to cause harmful effects on bone marrow and it can cause a decrease in red blood cells, leading to anemia. Women exposed to the chemical can suffer irregular menstrual periods and a decrease in the size of their ovaries. The FDA has regulated these solvents for decades, but workers, populations living near industrial sources of benzene and butadiene emissions, and the general public continue to be exposed these deadly chemicals. Benzene is still present in a number of products, from petroleum solvents to soft drinks.

People who worked in fluoro-refineries with organic solvents such as petroleum distillates, aromatic hydrocarbons, detergents, plastics and synthetics and/or fuels (including gasoline, kerosene, diesel fuel and jet fuel) may be at risk of developing acute myelogenous leukemia or myelodysplastic syndrome. 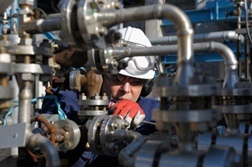 Workers in chemical manufacturing plants that utilize Benzene or Butadiene are at highest risk for over-exposure to these Volatile Organic Compounds (VOC). Historically, rubber and tire workers have been more prone to the exposures as these chemicals are commonly used in rubber manufacturing processes. The general population may also be at risk if these chemicals leak into the ground water or are emitted in highly populated areas.

In 1987 federal regulators set occupational exposure limits to 1 part per million. Meanwhile, the National Institute for Occupational Safety and Health recommends workers have no more than 0.1 parts per million benzene exposure during a work shift. As many as 238,000 people may still be occupationally exposed to benzene in the US.

A 2014 report by The Center for Public Integrity notes that American oil and chemical companies spent more than $36 million in one year to fund research that protects their companies' interests, including research on benzene. 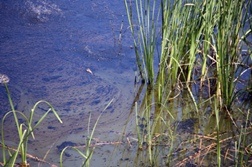 As outlined in the Safe Drinking Water Act of 1974, the Environmental Protection Agency (EPA) has set the maximum permissible level of benzene in drinking water (five parts per billion). In May 2014, the US Environmental Protection Agency estimated that five million Americans are at increased cancer risk from benzene and other carcinogens linked to oil refineries. That estimate does not include people exposed through their workplace. Following that report, California lowered the long-term benzene exposure level to 1 part per billion (from 20 parts per billion).

Benzene has been found in soda and soft drinks since around 1990. Although benzene levels are regulated in drinking water and bottled water in the US, soft drinks are not so stringently regulated. The FDA has posted a list of benzene in soft drinks and other beverages.

Many companies consider the addition of benzene to their products as a "trade secret" and are still not required to list it on the product labeling. This form of marketing may pose a serious risk to people who are unaware of the levels of benzene they are consuming.

In July 2007 PepsiCo and other soft drink manufacturers agreed to a settlement in a lawsuit alleging their products contained cancer-causing benzene. According to Forbes magazine, the settlement involved PepsiCo, Sunny Delight Beverages Co., Rockstar Inc., Polar Beverages Inc. and Shasta Beverages Inc. Coca-Cola settled the suit in May and offered replacement drinks, and reformulated the affected products.

If you or a loved one have suffered from cancer due to Benzene exposure, please click the link below to submit your complaint to a lawyer who will review your claim at no charge.
Please click here for a free evaluation of your Benzene claim
Last updated on Sep-14-20

Shell Oil faces another lawsuit alleging the company knowingly exposed residents of a small town to benzene side effects without adequately warning residents that their air and water were being contaminated. The plaintiff alleges he developed benzene leukemia, and that Shell knew about the link between benzene and cancer for years but minimized those risks.READ MORE
Town Sues BP and Shell for Cancer, Cancer Risk and Collapsing Property Values

Roxana, Illinois, population 1,547, is a tiny little klatch of wood frame homes resting along the Missouri border, some of them built not more than 500 feet from the site of the Shell Oil refinery that sprang up there at the beginning of the 1900s.READ MORE
Texas Lawmakers Concerned over High Levels of Benzene

Posted by
Michigan
on July 4, 2007
The only exposure I have ever had to a carcinogen was 6 months of work on the Chrysler final assembly line where I was forced to clean cars with benzene (inside the closed car.)