Benzene Found in Drinking Water and Even Soft Drinks

Benzene gets a bad rap, and for good reason. It is a known carcinogen, and it causes serious problems when it gets into the air or the water. Such is the case for the residents of Dish, Texas, who live near a natural gas refinery located there. According to the 5/16/10 edition of the Star-Telegram, benzene became a concern in January when a state agency revealed that a natural gas well site operated by Devon Energy near Dish showed a benzene level of 15,000 parts per billion. 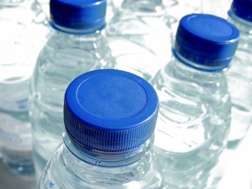 So far, biological samples taken from 28 residents of Dish have determined that levels of benzene in their blood were no higher than that of the overall US population. However, there are other sources of benzene that the greater population should be worried about.

"Tapped," a documentary released in 2009, took a long hard look at water privatization—in particular, the bottled water industry and some of its primary purveyors, Nestle, Coca-Cola and Pepsi. Co-directors Stephanie Soechtig and Jason Lindsey wanted to make the point that the bottled water industry largely operates outside the control of regulatory agencies, which oversee the nation's food supply and other natural resources.

In the documentary, testing was completed on seven brands of bottled water by two independent testing labs. Their tests determined the presence of benzene as well as other cancer-causing agents in the test samples.

The level of benzene and other carcinogens was not identified in a report on the film appearing in the 3/25/10 issue of the Santa Fe New Mexican. However, it should be noted that the US Food and Drug Administration (FDA) subscribes to safe levels identified by the Environmental Protection Agency (EPA) as five parts per billion (ppb) for drinking water and other liquid consumables.

More BENZENE News
Benzene is a byproduct of benzoic acid, a common preservative used in a host of products. In its natural state, benzoic acid is thought to be harmless. However, when exposed to high levels of heat, benzoic acid breaks down and forms benzene. While the EPA has determined an acceptable threshold of five ppb, the agency maintains that anything above zero ppb isn't necessarily good for you.

Even if soft drinks and other liquid consumables containing benzoic acid as a preservative are stored properly at retail, can the same be said once the products are purchased and stored in the residential setting?

The risks associated with consuming higher levels of benzene than deemed safe were driven home for Todd Molis of Chicago, whose wife Judy was diagnosed with myelodysplastic syndrome (MDS) and died in 2004 at the age of 59. Molis said his late wife consumed a great deal of cola.

If you have suffered losses in this case, please send your complaint to a lawyer who will review your possible [BENZENE Lawsuit] at no cost or obligation.
Request Legal Help Now