Since our first interview with lawyer Diane Nygaard in April, there has been an overwhelming response to the information she provided on Auction Rate Securities. Here, she will bring us up to date on progress made and further insights into the ongoing securities fraud situation. 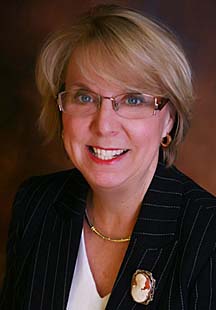 Lawyers and Settlements (LAS): What difference has one month made in your work with investors stuck with auction-rate securities?
Diane Nygaard (DN): It's been amazing because we were able to start proceedings and sign a retainer agreement for some clients, and we've been able to get 100 percent on the dollar on at least four of the auction-rate securities (ARS).

LAS: Can you identify the types of ARS you are dealing with?
DN: There are three separate types:All of these companies issued billions of dollars of ARPS, which were sold to individual investors as a safe money market-like investment. But, in fact, they have no maturity date so they're very difficult to value because they're unsaleable if no secondary market develops.

Up until recently the brokerage houses and investment banks would pick up the odds and ends that wouldn't sell, for their own account, to make it appear these were always liquid. But when their own borrowing ability was reduced because they were already overextended they didn't want to be left in the musical chairs or as Bob Gross of Pimco put it - he described the people stuck in Pimco ARPS as the Old Maid, like in the card game Old Maid. That's pretty contemptuous of the individual investors we're seeing.

LAS: What kind of investors are you working with?
DN: The type of old-fashioned Horatio Alger stories. A lot of people who were born in this country or who came to this country, started businesses, worked blood, sweat and tears, then have just sold their business and decided to retire so they parked their money in a safe investment so they could pay their taxes. In the meantime, they put together a financial plan to allocate their assets in a reasonable way. Unfortunately, their broker recommended they buy ARS as a perfect vehicle. And now many of them have to borrow money to pay their taxes.

I'm on the phone with people whose whole life savings are in these, and they're terrified. Some or someone in their family has serious medical problems. They made demands on their broker to get them out but they were told 'Nope, can't do it; there's no market'.

LAS: Tell us about the small success stories starting to emerge?
DN: In one case, after we filed for a client, the broker got serious and we got her back 100 percent on her MARS. She is so happy.

LAS: How did that come about?
DN: The brokerage firm basically bought it back for their own account or for another client. Because we filed a case on them they realized this was serious, that the arbitration matter was going to a panel and the firms would probably not be very credible when they tried to tell the panel they had disclosed all the risks.

LAS: Has there been a precedent in brokerage firms or banks repaying on ARS?
DN: In May 2006 the SEC investigated the entire market and found that the auctions were manipulated to give appearance of being liquid. They fined Goldman Sachs, Morgan Stanley and ten others over a million dollars and told them to quit conducting collusive auctions. They did not do that. And when the auctions were failing in summer 2007, no one told investors 'this is a cash cow for us'.

LAS: How easy is recovery going to be?
DN: We're just beginning to file some cases; I've been studying the issue, talking to professionals in the bond market field and I've learned an awful lot in the last three weeks. One former trader told me, 'we used to make sure all got sold, we'd pick it up ourselves if we had to, just to make sure anyone wanting their money back could get out. But in February, we decided we didn't want to own it when the music stopped.'

In my personal opinion, there are some brokerage firms that may not be here in a year or two because of the enormity of the $330bn problem they brought on themselves.

LAS: What is your recommendation for investors at this point?
DN: Get in line and file their arbitration.

LAS: Will there be a priority for recovery of the funds?
DN: It goes by date of filing. If there was to be a liquidation of a brokerage firm the people who have claims on file will be first served.

I'd like to add that people should not be lulled into a false sense of security that the SIPC coverage (Securities Industry Protection Corporation which provides securities insurance to clients) will automatically insure them for up to a million if they had less than this. SIPC covers only actual theft but auction-rate securities are a fraud issue.

More News
LAS: Is there any other value in seeing an attorney sooner rather than later?
DN: Oh yes. If investors sit on the securities and wait, a defense can be made by the brokerage firm if they wait too long, file it later and simply accept the interest rate that's given, that they accepted the situation at some point then later changed their minds, and that would make it more difficult to recover for them.

Diane Nygaard is a graduate of Drake University and Harvard Law School. She is a member of several legal associations including Public Investors Arbitration Bar Association and is arbitrator for the New York Stock Exchange. Diane shares her expertise extensively as a speaker and writer and has been quoted by The New York Times, Wall Street Journal and Newsweek on investor rights and remedies.