The auction rate securities debacle of 2007 has made a return to the public conscience with the recent filing of an auction rate securities market lawsuit against Charles Schwab & Co. (Schwab) by the Office of the Attorney General for the State of New York. In his lawsuit, filed August 17th, New York Attorney General Andrew M. Cuomo alleged that the discount brokerage firm falsely represented auction rate products as liquid, short-term investments without disclosing the risks. 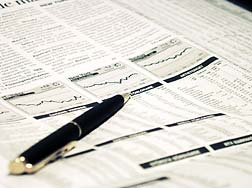 Those risks, as recent history has revealed, were substantial. Auction rate securities are in reality long-term bonds that relied entirely on the successful operation of periodic auctions to realize short-term liquidity. Provided an auction could be conducted and a buyer secured, an investor holding an auction rate security would, indeed have access to funds.

However, were the auctions to fail and in the absence of a market those funds were locked in for the duration of the term.

Far too many investors were not aware of this fact. It is alleged that Schwab brokers repeatedly misrepresented those risks at the point of purchase, comparing them instead to money market funds or certificates of deposit.

According to the text of the lawsuit various audio recordings have been secured that back up these promises of virtual instant liquidity, together with the apparent inexperience of brokers. It is alleged that Schwab failed to adequately train their brokers and failed to ensure they were conversant with the unique characteristics of auction rate securities, at the same time as publicly promoting its "seasoned bond traders who have an average of 15 years of industry experience."

More AUCTION RATE SECURITIES News
It is also alleged that Schwab knew about problems percolating in the auction rate market in August 2007, but did not apprise their brokers or the general public of those concerns. Instead, the focus was placed on risks to the firm's public relations.

The lawsuit states that about a week before the auction rate securities market collapsed, a phone call with another broker-dealer revealed that one Schwab broker still did not understand the risks. "How could an auction fail?" he asked.

"Charles Schwab owed its customers a duty to properly understand and make accurate representations concerning auction rate securities," said Attorney General Cuomo on Monday. "Today we commenced a lawsuit to remedy Schwab's repeated breach of that duty. This filing should send a signal that anyone in the industry who misrepresented the risks of investing in auction rate securities will be held accountable."

Cuomo wants to see Schwab buy back the illiquid securities, among other results.

If you have suffered losses in this case, please send your complaint to a lawyer who will review your possible [ARS Lawsuit] at no cost or obligation.
Request Legal Help Now