If you are still undecided about action to take concerning your auction rate securities, a new option has opened up to you. Although some people have chosen the class action lawsuit route, others have decided to file individual arbitrations, alleging they were told that the auction rate securities market was safe. However, it is possible to file a group arbitration regarding Auction Rate Securities losses, and that is exactly what 1 law firm is doing. 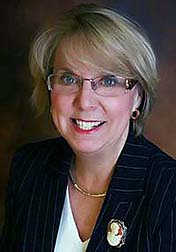 "According to Diane Nygaard, founder of the Nygaard Law Firm, group arbitrations are about to be filed regarding a number of financial firms. Those firms include E*Trade, TD Ameritrade, Wells Fargo and UBS. UBS arbitrations are split into 2 groups: former clients who moved their accounts to another firm and were not included in the UBS settlement and UBS investors who had $10 million or more in their account and were excluded from the settlement.

"The advantage of filing a group of people together is that the costs and expenses are split amongst the members of the group," Nygaard says. "Secondly, the claimants have consistent corroborating testimony from investors that they were told the Auction Rate Securities were safe, liquid, money market-like instruments when in fact they were long bonds or preferred stocks with no expiration date." That corroborating testimony can strengthen a case against a defendant, as opposed to an individual arbitration where it may come down to an investor's word against the financial institution.

"We are filing the E*Trade and TD Ameritrade arbitrations this month, so it is important to act on it," Nygaard says. "We have already begun a draft of the E*Trade Statement of Claim. It is difficult later in the arbitration to file to join the claim. In a lawsuit, the court wants you to join as many as possible to the class action. With arbitration, it is better to get in at the beginning because it is difficult to join later. In arbitration, they want everyone filed at the beginning together.

"I have handled several group arbitrations in the past few years and my experience is that they represent a greater threat to the defendant. There is corroborating evidence and increased money being claimed and it takes a lot of defense time to work on a group action. There is more risk to the defendant in group arbitrations. My experience is that these are settled for clients. There is strength in numbers."

Furthermore, the class action against UBS has been decertified, so for investors who purchased Auction Rate Securities from UBS, arbitration is their only means of redress, according to Nygaard.

Meanwhile, investors may have received some help from California Attorney General Jerry Brown. According to Nygaard, Brown recently filed a civil complaint against Wells Fargo on behalf of Californians who were sold Auction Rate Securities. However, investors who are not from California will not be included in that complaint.

Arbitration is a good way for investors to recover money lost in the Auction Rate Securities Market, Nygaard says. "We just successfully settled a case against TD Ameritrade. Our client got back all his money and his attorney's fees."