Singulair, a popular allergy medication which is used to treat stuffy nose, sneezing and other allergy symptoms including asthma, is being investigated by the FDA after reports of suicidal behavior in adults and children. The investigation was prompted by three or four suicides linked to Singulair, including a Florida teenager. Health Canada is also investigating the allergy medication.

Send your Singulair claim to a lawyer who will review your claim at NO COST or obligation.
GET LEGAL HELP NOW

Singulair (known as montelukast ) belongs to a group of medications known as leukotriene receptor antagonists. It works by blocking the effects of leukotrienes, chemicals produced in the body that are released during an allergic reaction and can lead to inflammation, congestion and other symptoms. It is part of a class of asthma and allergy drugs that includes AstraZeneca's Accolate and Critical Therapeutics's Zyflo. The FDA said it is also reviewing reports of side effects with those drugs. 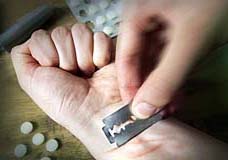 In the past year, Merck & Co Inc updated Singulair's label four times. It first included information on a wide range of side effects including tremors, anxiousness and depression. Suicidal thinking and behavior was added and most recently, reports of suicide has been listed on the label.

The blockbuster drug was first approved in the United Stated in 1998 and is Merck's biggest selling product; global sales of $4.3 billion ($3.4 billion in the US) make Singulair one of the world's top selling medications.

On its website, the FDA said the review could take up to nine months before its scientists can draw any conclusions. The FDA has been under attack in the past few years from Congress for being too slow to identify and notify the public of possible side effects of drugs. Its quicker response with Singulair has come about due to a program developed in 2007 that notifies the public sooner when the agency identifies a drug's possible adverse side effects. However, the agency received reports of suicide linked to Singulair in October, 2007.

Until the drug is reviewed, the agency advises healthcare professionals and caregivers to monitor patients taking Singulair for suicidality (suicidal thinking and behavior) and changes in behavior and mood.

If you or a loved one have attempted or committed suicide while taking Singulair, please click the link below to send your complaint to a lawyer who will evaluate your claim at no cost or obligation.
Please click here for a free evaluation of your Singulair claim
Last updated on Sep-25-09

Jordon is almost 18 and just about to graduate high school. But earlier this year he didn't think he was going to make either of these landmark occasions. One night in January, to the shock of his friends and family, he tried to take his own life. His actions didn't make sense. But Jordon was taking the asthma drug Singulair-- and had been for the past year.READ MORE
A Life Blown to Pieces by Singulair

Christine started taking Singular for her asthma in 2005. Within a year she became depressed and anxious, she lost her job, was hospitalized repeatedly, and declared bankruptcy. Only now, almost four years later, is Christine aware that the mood changes she experienced while taking Singulair could be directly responsible for the complete breakdown of her life.READ MORE
Singulair - A Very Close Call

Hermosa Beach; CA: Charyl is happily married with a four-year old son, who, like herself, suffers from asthma and allergies. So, in February 2007 a doctor who specializes in these conditions put them both on the medication Singulair. Shortly afterwards Charyl noticed that she was suffering from depressive thoughts, which she has never suffered from before, and suicidal ideation. These feelings became progressively worse, so much so that she seriously considered admitting herself to hospital in an attempt to find out what was wrong. Finally, on October 1st, 2007, just seven months after she started Singulair, a psychiatrist ordered her to stop taking the drug that very day. Her son is now off it as well, but his behavior has changed.READ MORE

Posted by
Tamzin bowden
on October 12, 2016
I was so happy to see the lasted news posts regards singular
This medication has turned my sons life upside down I believe if we didn't figure out it was the medication causing it we may have very well lost him
This was my Facebook post in 2011
PARENTS BE WARNED i have been having Terrible problems with my 5 year old son head aches sore joints not sleeping well hypersensitive frustrated fighting lazy eye worse weeing heaps drinking lots not so active cries alot yells tummy pain brain telling him things obsessed with death and the list goes on and on
very worried thinking something is very wrong we went to doctors and specialist and many tests and hundreds of $ to be told we need counciling and also my be adhd.THEN A mum from school worked it out its his ashama meds SINGULAIR AND GUESS WHATS IN IT *ASPARTAME*we have now stopped it and my little boy is slowly getting back to his self and his school work in one week off the meds he's is 80% better


UPDATE .FILLING YOU IN FOR THOSE THAT WERE INTRESTED REGARDS WHAT WAS HAPPENING TO BRAY REGARDS HIS MEDICATION AND HEALTH AFTER A LOT OF RESEARCH I HAVE DISCOVERED THAT THE INGREDIENT IN THE SINGULAR MEDICATION MAKING HIM ILL WAS ASPARTAME/NUTRASWEET = ASPARTAME POISONING BRAY HAD AROUND 30 OF ITS SYMPTOMS IT HAS BASICALLY POISONED HIS BODY I CANT BELIEVE HOW TOXIC THIS STUFF IS AND ITS IN EVERYTHING WE BUY MEDICATION FOOD ETC IT WILL TAKE A WHILE TO GET OUT OF HIS SYSTEM BUT HOPING ON A FULL RECOVERY ##PLEASE READ THE LINKS YOU WILL BE HORRIFIED WHAT ITS MADE OF , Aspartame was synthesized by fermenting protein in GENETICALLY MODIFIED E-COLI Bacteria, would you consume it http://www.sweetpoison.com/aspartame-side-effects.html i myself could never drink diet drinks as they gave me migraines and years ago worked out it made me ill so i never had anything in my house with it in but i never dreamed it would be in childrens chewable ashma tablets and its not stated on the box i only found this out through extensive research anyway glad my son and familys life are getting back to normal but he now has adhd and severe learning problems
if any one ever tells you its safe its a load of rubbish my 5yo son is living proff that this suff is lethal and ive have docomented it all down to every little detail
My little boy went through hell and his memory still is damaged to this day
No dig Ban the poison we could of lost our son
This has cost us thousands of dollars and no one has ever contacted me it was never investigated
Nothing
They don't care


Posted by
Illinois
on July 17, 2008
My daughter was on Singulair more than 6 years. She started with the small side effects which went undiagnosed after many trips to the doctor and emergency room. It led to inability to sleep, severe depression, continuous dark thoughts, seizure like episodes that could not be figured out, suicide attempts - not one doctor or therapist suspected Singulair as the culprit. She was hospitalized in an institution once and was in day therapy and continues therapy a year after I stopped giving her Singulair. She has been great since she stopped taking Singulair.
Posted by
Connecticut
on June 4, 2008
My 7 year old daughter, for the past 3 years has been thrown out of 2 daycares, had rage episodes in kindergarten. She now suffers from low self esteem, she states she hates herself and wishes she was dead, she has a "reputation" among her peers and she now has to take psychiatric drugs to control her rage episodes. Removing her from singulair did not bring her back.
Posted by
Pennsylvania
on April 20, 2008
I suffered from athsma all my life and was prescribed singulair to help control the symptoms. I suffered from mood swings, left a job where i was making good money for no reason then jumped from job to job getting myself in debt and then had a suicide attempt . I stopped taking that medication last year and all the depression and mood swings stopped. I just learned from news articles and from a few people in the medical profession that it may have been linked to my use of the product singulair. Before taking that medication I had a normal life and no problems - only while taking this medication is when I suffered from the depression mood swings and thoughts of suicide. Now after not taking it for over a year I am getting myself on the right track .
Posted by
Massachusetts
on April 17, 2008
I believe Singulair played a factor in my sudden changes in mood and interactions with others. I have suffered with anxiety disorder for most my life but I've noticed changes that seemed to occur with no obvious cause. I'd become suddenly angry, overly anxious and unable to control the constant changes in mood. I've taken Singulair 10mg daily for a few years off and on.
Posted by
Illinois
on April 10, 2008
I was prescribed Singular when I developed allergy and asthma problems in my teens. I attempted suicide and was in weekly thereapy and Psychiatrist appointments for years while taking the Singular. My asthma and allergies began to subside in my late teens and was taken off Singular. Soon after, I felt good enough to be taken off my antidepressants. I have been denied medical insurance several times due to my hospitilisation and suicidal tendencies.
Posted by
Michigan
on April 8, 2008
Its hard to say, we were all sleep deprived and our relationships suffered. If this drug can cause such drastic short term effects I can only wonder about the long term side effects. Whats most disturbing is we told our dr. and they did nothing. We want a reporting system to allow patients to report these issues to their drs and make the drs report such claims. How many people are suffering while the big pharma rakes in billions but at the cost of our health?
Posted by
Iowa
on March 28, 2008
Our son suffered for well over a year from side effects which worsened over time which include the following: severe headaches, leg pain, fearfulness, mood swings, inattentiveness, nervousness, anxiety attacks, problems with school work, fear of public places, depression and feelings of hopelessness. We have endured the financial expenses of doctor visits, psychoanalysis, and behavioral therapy. He has suffered physically and emotionally and it has been very difficult for our entire family.