Hermosa Beach; CA: Charyl is happily married with a four-year old son, who, like herself, suffers from asthma and allergies. So, in February 2007 a doctor who specializes in these conditions put them both on the medication Singulair. Shortly afterwards Charyl noticed that she was suffering from depressive thoughts, which she has never suffered from before, and suicidal ideation. These feelings became progressively worse, so much so that she seriously considered admitting herself to hospital in an attempt to find out what was wrong. Finally, on October 1st, 2007, just seven months after she started Singulair, a psychiatrist ordered her to stop taking the drug that very day. Her son is now off it as well, but his behavior has changed. 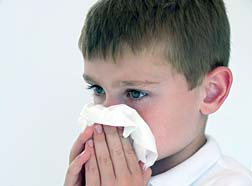 "I would say that the anxiety and depression really became bad in July, when we were supposed to go on vacation," Charyl said. She has traveled all over the world, so airplanes and air travel are something she's comfortable with. "When we were on the plane - leaving for vacation - I had a major panic attack and wanted to get off right away." Charyl said. "I tried to get off the plane, but in the end I did make the trip." But she was sick the entire vacation. "It was awful," she said.

After that, the depression got steadily worse until it got to the point in September where Charyl really believed she might kill herself. "I didn't try to kill myself but I did reach a point where my husband hid all the knives in the house, out of concern for my safety. I couldn't get those thoughts out of my head, and I couldn't sleep," she said. While she did tell her husband she was depressed, she didn't tell him how bad she really was feeling, and that she was thinking about killing herself, until the end of September.

Then, in an attempt to help herself, while she felt she still could, Charyl called the doctor who had prescribed her the Singulair, and told him what was going on. "He said nobody else had complained of these symptoms, and he didn't know what to do. He suggested I call my primary care doctor, which I did. I told him that I thought it might be something I was taking. I'd never had these types of thoughts before, but at that point I'd had them for about a week, and I couldn't get them out of my head. I was just steadily becoming more and more depressed," she said.

"My primary care doctor put me in touch with a psychiatrist, who saw me that same afternoon. She told me to bring in everything I was taking - all my medications," Charyl said. The psychiatrist immediately told Charyl to stop taking the Singulair. "That was October 1."

What about her son? "My son stopped taking Singulair the day the FDA released the warning on it - I saw the warning on the news," Charyl said. "I knew something was wrong with me, which is why I stopped taking it. But I didn't think it would affect my son, until I started reading information on the Web. Now I think it may have. His behavior has changed - he's not listening, he's acting out, talking back, ignoring things people say, and the symptoms are getting progressively worse," she said.

And Charyl has recently discovered that Singulair could affect a person's hearing. "I'm going to take my son to a doctor who specializes in hearing - incase he's not hearing things properly," she said.

While Charyl may be off Singulair, she is still trying to recover from its debilitating impact. "This has definitely affected my work. When I saw the psychiatrist on October 1, the first thing she told me to do was stop taking Singulair, and the second thing was to find a new job. She said that a new job and getting back to work would help get my mind off suicidal thoughts. So, after 16 years I got a new job. That was a major change. But I haven't been into the office in a couple of months because of all this, and I still don't feel able to work," she said.

Charyl feels relieved that herself and her son are off Singulair, but she remains

More News
perplexed by the fact that despite the continued increase in warnings for this medication, she and her doctors knew so little about the side effects. And she's considering legal action. " I read everything I could find about this drug. And I have all the bottles and notices that came with the medication. A friend, who is also a lawyer, came over and she read through the information I have, and neither of us could find any mention of suicidal thoughts or behavior on any of the materials," she said. "Then I saw on the news that last year the manufacturer had to put more warnings on their bottles, but they don't appear on any of the packaging I have. Even my doctor thought it was odd that I was asking about the side effects," she said. "If anything does get started, in terms of legal action, I want to be involved," she said. Why? Because Charyl feels, as do many people, that the fact that there was little or no information about these potentially lethal side effects made available to the pubic is wrong.

Posted by
Jake Brush
on January 18, 2019
For me Montelukast caused extreme anxiety, constant panic attacks, nightmares and depression. It almost messed up my life so badly I definitely feel obligated to write about my experience so it may help another in a similar situation. I never have had a single issue with any of those issues before taking this drug. It took approximately 30-45 days after I started taking the medicine (prescribed to me for allergies) before all of this hit me. All of the sudden I was having panic attacks and having to leave work. I couldn't focus anymore, the only thing I could focus on was not being thrown into another panic attack. It seemed like everything I used to rely on for energy; coffee, pop, energy drinks would all of the sudden launch me into panic attacks. Any type of hangover made it even worse. It was the worst month of my life, no question.

Luckily I caught it pretty quick - talking through all this with a friend plus research on the web I was able to trace the symptoms back to this medicine that was prescribed to me about 2 months before hand. I immediately stopped taking the medicine that day. That was 7 days ago and each day has been a little better. I'm confident that is the source of the problem. I still am having some panic attacks, strange thoughts and anxiety so I went back to my doctor and he was shocked this was happening. He told me I was in the 1% of cases like this. He prescribed me a small dose of alprazolam (.25mg) to take when I feel a panic attack coming on. That stuff seriously helps. It turns a panic attack into 30 minutes opposed to 2+ hours. That being said I definitely know it's still in my system, affecting my brain chemistry, but all I can do is wait. My doctor is confident that it should be cleared out of my system completely in 2 weeks (after the last time I took it) and we'll see. For now, I'll wait keep making due.

Posted by
Lori Rowden
on October 3, 2017
My son went to sleep normal and woke up the next day a different person. He was on this drug for 3 years. He has been off for about 2.5 weeks and the withdrawals have exacerbated his symptoms. Life is so hard for us right now and this drug stole my son from me. It has changed his life and I hope these side effects don't last forever. Something has to be done this drug is not safe it changes people.
Posted by
Robin Conners
on July 3, 2015
I have a lot of fear, afraid of the dark and violence. Stopped using Montelukast yesterday.