Yet another high-profile drug is suddenly under the microscope after reports of suicidal behavior. Singulair, the popular allergy medication marketed by Pharma giant Merck and Co. and raking in sales of $4.3 billion last year, is being scrutinized after what is described as a handful of patient reports have come into the US Food and Drug Administration (FDA).

For its part Merck is co-operating with the agency and making data available for the FDA to study, but stressed that the concern is based on random reports, and was not seen in any of the 11,000 participants involved in as many as 40 Singulair clinical trials, according to the drug maker. 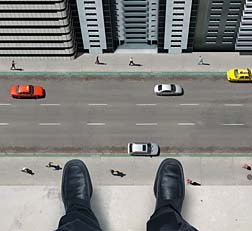 Shares of Merck and Co. fell 16 cents in afternoon trading yesterday following the first media reports of the concern, closing at $44.54.

Singulair burst onto the market in 1998 and over time has been embraced by millions of asthma and allergy sufferers. However, in recent months the drug has been in somewhat of a state of flux, with updates to Singulair labeling no fewer than four times in the last year to include various side-effects including, but not limited to tremors, anxiousness and depression.

What's more, Merck recently added reports of suicide to the drug label, which is an addition to existing cautions over suicidal thinking and suicidal behavior. The company has said that even though there were no suicides reported in the clinical trials for Singulair, it felt that a product label update was prudent given the life-threatening nature of suicidal thinking.

The FDA is reviewing Singulair in response to what has been described as three, or four reports of actual suicides linked to Singulair that have come into the agency since October, and its relatively early pounce onto Singulair is, in part, a response to prior criticism for reacting too slowly when concern over Merck's Vioxx, and the GlaxoSmithKline drug Avandia, generated substantial headlines.

Other drugs in the same class as Singulair are also being reviewed, after adverse effect reports were received by the FDA with regard to AstraZeneca's Accolate and Critical Therapeutics's Zyflo. The agency did not indicate what those adverse effects were, and it should be noted there is no language on the Accolate, or Zyflo labels suggesting suicide, or suicide ideation.

More News
In clinical trials of Singulair, the most common side effects were headache, flu-like symptoms, abdominal pain, and cough.

It is expected that the FDA review would take a further nine months, before any conclusions could be drawn.

In the meantime Health Canada, the Canadian equivalent to the FDA, is also looking into Singulair with regard to the suicidal concern, although Health Canada has said it is not aware of any reports of actual suicide in Canada.

The FDA has yet to establish a "causal relationship" between Singulair and suicidal behaviour, and until that happens the FDA is advising patients not to stop taking Singulair without first talking to their doctor.

The agency is also advising doctors to monitor their Singulair patients for mood changes and signs of suicidal behaviour.