Babies who were exposed to Effexor prior to birth may be at an increased risk of developing Effexor side effects. These side effects may include heart and lung defects and developmental delays. Although little research has been done on the risk of Effexor birth defects, medications that are similar to Effexor have been linked to serious risks for newborn babies. Other SNRI medications, including Pristiq, may also be linked to serious side effects.

Send your Effexor Birth Defects claim to a lawyer who will review your claim at NO COST or obligation.
GET LEGAL HELP NOW 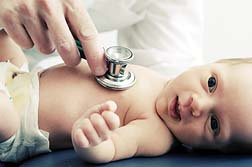 Effexor, also known as venlafaxine, is included in the list of drugs that are called SNRIs or serotonin norepinephrine reuptake inhibitors, which means that Effexor inhibits the reuptake of both norepinephrine and serotonin.

Manufacturer Wyeth claims that it increases the levels of serotonin and norepinephrine in the spaces between the cells in the brain and that these increased levels allow more efficient transmission of electrical signals to the brain and increase patients' feelings of well-being.

Although Effexor was approved by the Food and Drug Administration (FDA) recent studies have raised concern about side effects, including birth defects.

Research now indicates that women using the Selective Serotonin Re-uptake Inhibitors (SSRIs) (which are similar to Effexor but not identical) in the first 12 weeks of gestation—when many may not know they are pregnant—have a 40 percent greater risk of their baby suffering malformations. Heart defects are 60 percent more likely, according to research.

A Danish study reported a link between SSRIs and major congenital malformations, including cardiac malformations. The risk was increased among women who had prescriptions for SSRIs filled in the 30 days prior to conception through the end of the first trimester, compared with those who had no SSRI prescriptions filled during the same period.

In March 2006, Health Canada issued a warning to all pregnant women and women considering becoming pregnant that SSRI drugs similar to Effexor may pose life-threatening risks to their babies. Nursing mothers are also warned that SSRIs could be secreted in milk and could have an effect on nursing infants.

Effexor is in FDA Pregnancy Category C, meaning that there could be a risk to the unborn baby if exposed to Effexor prior to birth. 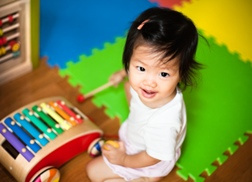 Researchers concluded that the study suggests a "permanent or reversible effect of antidepressants exposure on fetal brain development, which may depend on the timing of exposure during pregnancy."

Pristiq (desvenlafaxine) is another SNRI. It is used to treat major depressive disorder and is manufactured by Pfizer. Because Pristiq is an SNRI it may involve side effects similar to those of other SNRI medications.

If your baby was born with heart defects and you took Effexor during your pregnancy, a lawyer may be able to help you. Please click the link below and describe your case, which will be reviewed by an attorney at no charge.
Please click here for a free evaluation of your Effexor Birth Defects claim
Last updated on Jun-24-10

Pfizer’s Effexor was recalled on March 6, 2014 after a pharmacist discovered that some of the bottles contained a different drug that could be fatal. Pfizer has recalled three lots of its antidepressant medication, totaling approximately 104,450 bottles, nearly 65,800 of which were stocked in pharmacies nationwide.READ MORE

The US Judicial Panel on multidistrict litigation (MDL) has created a multidistrict litigation for lawsuits regarding Effexor side effects. The lawsuits allege infants suffered from so-called Effexor birth defects after being exposed to the antidepressant prior to birth. The Effexor lawsuits have been transferred to the Eastern District of Pennsylvania.READ MORE
The Heartbreak of Effexor Birth Defects behind the Headlines

There are a number of Effexor side effects that have served to haunt patients prescribed venlafaxine for depression. A Bountiful, Utah man who shot and killed his ex-wife in 2005 and is currently serving a life sentence may have taken Effexor shortly before gunning down Jeneil Bradley. According to the Standard-Examiner of Ogden, Utah (5/1/13), the jury that heard David Edward Drommond Jr.’s case did not hear that the accused succumbed to an episode of manic behavior and how Effexor may have played a role.READ MORE

Posted by
Jamie
on November 4, 2016
My 5 year old son was born with a undeveloped epiglottis, so that every time he ate it came right back up. He was put on GERD medication to help prevent the heartburn, which in turn constipated him. At the age of 5 he still has issues when he drinks to much and still has a hard time with constipation.
Posted by
Alberta
on August 5, 2011
Stress of a new born baby with a major heart problem. Discovered the day after he was born he had 2 large holes in his heart, and eventually went into congestive heart failure a month later. Required open heart surgery at just 12 weeks.
Posted by
Wisconsin
on November 30, 2010
My baby was born with an enlarged right ventrical of her heart and had a high blood pressure going out of her heart. She was in NICU for about 7 days and her right ventrical was only functioning at about 15% when she was born and normal is 50-60%.
Posted by
Rhode Island
on November 1, 2010
My son was born with a coarctation of the aorta, which was repaired when he was 5 weeks old. He also has a bicuspid heart valve, and a slightly dialated ascending aorta.
Posted by
Michigan
on May 6, 2010
My 2 year old son and 6 year old daughter have both been diagnosed with Early Childhood Developmental Delay. I was on Effexor through each entire pregnancy. My 2 children that I did not take Effexor during the pregnancies are perfectly healthy.
Posted by
North Carolina
on April 9, 2010
I took effexor in early trimester and was told not to stop taking it right away. Instead I was told to wean myself off of it due to the crazy effects it has on you mentally when stopped suddenly.