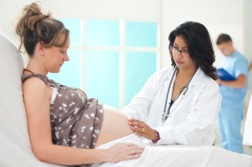 According to The Pennsylvania Record (8/8/13), the lawsuits have in common allegations that exposure to Effexor - a serotonin-norepinephrine reuptake inhibitor - prior to birth caused their infants to suffer birth defects. So far, nine lawsuits against the drug companies responsible for Effexor have been transferred as part of the MDL. Cases are consolidated as an MDL when they have common questions of fact and can be joined to avoid duplication of efforts during the pretrial proceedings and discovery process.

Effexor is a serotonin-norepinephrine reuptake inhibitor, which is used to treat depression by increasing the levels of serotonin and norepinephrine in the patient’s brain. It, along with similar antidepressants known as selective serotonin reuptake inhibitors, has been linked to an increased risk of birth defects in infants exposed to the antidepressants while in the womb. Those birth defects reportedly include an increased risk of congenital heart defects, persistent pulmonary hypertension of the newborn (PPHN) and oral clefts.

More EFFEXOR BIRTH DEFECTS News
An article in Contemporary OB/GYN (8/1/13) noted that although the risk of PPHN has been shown in some studies to increase with exposure to SSRIs, other studies have not shown the same risk, and even in studies where a risk was suggested, the absolute risk of developing PPHN was still small. Other birth defects linked in at least one study to an SSRI were anencephaly, omphalocele and craniosynostosis.

Among other side effects that may be linked to SSRIs and similar antidepressants are developmental issues, autism spectrum disorder, lower Apgar scores and lower birth weight. However, as the author of the Contemporary OB/GYN article notes, there is also a risk to having untreated depression while pregnant.

Lawsuits against the makers of Effexor and other antidepressants allege patients were not adequately warned about the risks associated with the medications, putting their infants at risk of being born with antidepressant side effects. Some lawsuits regarding certain SSRI medications have been settled. Others continue to work their way through the courts.

Posted by
Jessica Sainsbury
on December 14, 2013
I was prescribed Effexor during my 2nd pregnancy. I developed high blood pressure and had to deliver my son via emergency c-section at only 33 weeks. My son was only 4.9lbs and suffered respiratory failure. He had to be intubated and life flighted from Jordan Valley hospital to the University Of Utah NICU. He struggled for weeks in the NICU having to be tube fed medicated, incubated and IV lines in his scalp because his veins were too small to be put in his arm.
My son, born 11/23/2004, has had struggles his entire life with keeping up with other children his age both mentally and physically. He was recently diagnosed with a mental health illness (anxiety disorder and depression) and ADHD. I have been told by his pediatrician that his struggles are commonly a result of his premature birth.
I strongly feel that I would not have developed high blood pressure during this pregnancy had it not been for Effexor. High blood pressure is a common side effect of Effexor and I could tell immediately that it was effecting me cardiovascular wise, yet my doctor instructed me to continue taking it and give it time for me to get used to it. I also feel strongly that my son suffered from withdrawals from Effexor as he was very sickly, wouldn't eat, barely woke and seemed generally in distress for the 1st week of his life. I would like to seek compensation for this struggle inflicted upon us. My doctor was encouraged to prescribe it to me and even provided me with samples initially.
If it seems that I have a case against the makers of effexor, please contact me.
Thank you,