Send your California Enviromental Disaster claim to a lawyer who will review your claim at NO COST or obligation.
GET LEGAL HELP NOW 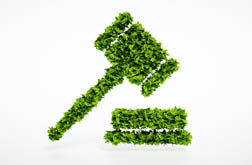 The Porter Ranch gas leak that has become the largest contributor in California to climate change has also caused thousands of residents to evacuate their homes. Locals have also reported health issues, including nosebleeds, headaches, nausea and rashes. The leak from the broken well at Aliso Canyon, which has released massive amounts of methane gas since October 2015, is expected to be stopped by February 2016.

The massive gas leak also triggered the declaration of a state of emergency on January 6 by California Governor Jerry Brown (under much criticism as environmental attorneys such as Robert Kennedy Jr said Porter Ranch should been declared a state of emergency immediately after the leak was discovered in October 2015).

An environmental class action lawsuit filed on behalf of hundreds of plaintiffs and the "Save Porter Ranch" group against Sempra Energy and its California utility Southern California Gas Company (SoCal) claims the gas was injected underground by SoCal into illegally permitted wells.

Several lawsuits were brought against Pacific Gas & Electric Company, after the release of the movie 'Erin Brockovich' in 2000, showing that 104 people were exposed to contaminated water in the town of Hinkley. The suits alleged that Pacific Gas & Electric exposed people to the cancer-causing chemical chromium (V1) in the town of Hinkley. PG&E agreed to resolve the lawsuits with a $20 million payout, but the company eventually paid $333 million in damages to the 600 townspeople, some of whom developed cancer due to groundwater contamination. The Hinkley cleanup is ongoing.

Water contaminated with hexavalent chromium or Chromium-6 is not only found in Hinkley. A survey from 2010 found the carcinogenic chemical in 31 cities nationwide. In January 2016, residents in Oak Hills, California were informed by the Special District Department Water and Sanitation Division that the levels of Hexavalent Chromium were tested to be above the drinking water standard.

The EPA defines a brownfield as "a property, the expansion, redevelopment, or reuse of which may be complicated by the presence or potential presence of a hazardous substance, pollutant, or contaminant."Brownfields are typically abandoned, vacant, derelict or underutilized commercial and industrial properties where past actions have resulted in actual or perceived contamination and where there is an active potential for redevelopment. And cleaning up a brownfield often results in the removal of a potential threat to human health or the environment.

California' brownfields differ from those in the Northeast/Midwest United States, largely due to the more recent onset of the industrial revolution in the State. Former manufactured gas plants, and remnants of the computer industry are some key examples of California' "newer" brownfields. Additionally, many "rural"areas in California have significant brownfields problems, e.g., lumber mills.

Brownfields are a constant source of environmental poisoning. Persons working or living nearby are at high risk and environmental illness and cancer caused by chemical injury are on the rise. Here is a list of brownfields in California.

An environmental class action lawsuit was filed in June 2015 against Plains All American Pipeline, stemming from the Refugio State Beach oil spill in Santa Barbara. The complaint alleges the Texas-based company negligently operated the pipeline, Line 901, causing a rupture that discharged over 100,000 gallons of crude oil onto beaches and into the Pacific Ocean, damaging ecologically and economically significant natural resources. The complaint claims violations of state and federal laws.

Many lawsuits have been filed against agencies for failure to analyze GHG emissions generated by projects subject to the California Environmental Quality Act (CEQA).

For instance, Attorney General Kamala Harris in 2013 announced a settlement in a lawsuit challenging the approval of an industrial project in Riverside County that would cause additional diesel truck traffic near a community already overwhelmingly affected by diesel exhaust and noise pollution. Harris more recently has filed a lawsuit against SoCal , the gas company responsible for the Porter Ranch gas leak, claiming that it violated health and safety laws by failing to report and contain leaking methane.

The environmental disaster known as the Butte Wild Fire in September 2015 was presumably caused by a tree hitting a Pacific Gas and Electric power line. Two people were killed and 252 homes destroyed. 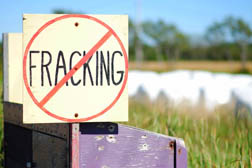 The environmental group Center for Biological Diversity (CDB) filed a lawsuit in July 2015 against the state of California' oil agency for not incorporating certain information into its fracking rules. That information included warnings of the risks fracking poses to drinking water and the environment.

The RICO lawsuit , dubbed "California' Water-Gate" and filed by the R. Rex Parris law firm on behalf of plaintiff Mike Hopkins, is seeking damages in the tens of millions, which under the RICO statute could be tripled if they prevail in Los Angeles federal court. The case number is 2:2015cv04149.

In 2013 the CDB filed a California fracking lawsuit against the state of California for doing what it deemed an insufficient job of regulating hydraulic fracturing, or "fracking".

Environmental advocates have been seeking to end the practice of oil and gas companies dumping used asbestos drilling mud in California' Central Valley. A number of advocates are concerned that asbestos and other chemicals, all part of drilling mud composition, have been slowly leaching into groundwater. 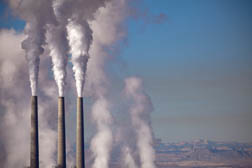 In California environmental toxic tort litigation is on the rise, particularly against corporations spilling toxic materials. For example, industrial manufacturing facilities and refineries have been cited for alleged violations of California OSHA General Industry Safety Orders and federal OSHA regulations.

The J.R. Simplot Company (Simplot) has agreed to upgrade and operate emissions controls, and implement improved emissions monitoring, at each of its five sulfuric acid plants including a plant in Lathrop (Alfonso Rivera v. J R Simplot Company et al, Superior Court of California, County of Los Angeles, Case No. BC440560).

Environmental toxic tort lawsuits involve exposure to toxic chemicals or other environmental pollutants. They generally involve a community or region where residents may have their health and lifestyle compromised and/or their property values decreased, and want to bring the polluters to justice.

If you or a loved one has suffered similar damages or injuries, please click the link below and your complaint will be sent to a lawyer who may evaluate your claim at no cost or obligation.
Please click here for a free evaluation of your California Enviromental Disaster claim
Last updated on Feb-15-16

Los Angeles (April 26, 2016) (Press Release): A Los Angeles Superior Court will hear arguments tomorrow in the Southern California Gas Company case regarding continued relocation of residents from the Porter Ranch well blowout. This hearing follows the reversal by the California Court of Appeal of another superior court judge who rejected the County’s request for additional time before residents are asked to return. The Honorable John Wiley, Jr. will hear from Plaintiffs and Gas Company lawyers regarding a number of additional issues, including the right of experts jointly retained by the law firms representing residents to inspect the site or whether the CPUC has exclusive jurisdiction over such discovery.READ MORE
Save Porter Ranch and 24 Residents File Class Action Claim

Los Angeles, April 19, 2016 (Press Release): - Save Porter Ranch discovered public records showing the Division of Oil, Gas and Geothermal Resources (DOGGR) knew of leaking wells and yet DOGGR repeatedly issued permits to SoCalGas without the proper data showing gas would be confined underground. One example is API 03721313 (32F). Well 32F had a patch installed in 1986, but SoCalGas removed the patch in 2010. Well 32F has not passed any mechanical integrity tests since 2010. As of today, 32F still does not pass any tests and is a significant risk to the health and safety of the community. This is just one example of records showing DOGGR knew of the leaking wells and continued to issue permits.READ MORE
689 Residents Living Near Porter Ranch File First Wave of Claims Against the State of California for Gas Injection Well Blowout

Posted by
Sabrina Ann Dial
on April 26, 2022
May 10 2000 Timothy Starkweather was my landlord where he was building a Home Depot in Turlock,Ca My son 2.5 years old became deadly sick from our cesspol and clean water being side by side and not 100 ft apart. My son caught Bacteriamengenconcol and is blind and deaf on left side.
Posted by
Sabrina Dial
on February 21, 2016
My son who is now 18 with two of the date of the energy injury nitrates in equal from forms for found in our well water Timothy Starkweather is the name of the commercial developer and owner of Home Depot in Turlock my son had brain injury is blind and left side deaf in the left side paralysis ongoing medical procedures