Send your California Fracking claim to a lawyer who will review your claim at NO COST or obligation.
GET LEGAL HELP NOW 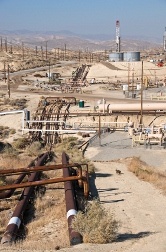 Among the concerns the EPA cites:

A California hydraulic fracturing lawsuit has been filed against the California Department of Conservation, Division of Oil, Gas and Geothermal Resources alleging the Department has violated the California Environmental Quality Act by allowing oil and gas wells without considering the effects of fracking on the environment.

Earlier this year, California admitted fracking has occurred in the state for decades with little oversight or regulation. An official said the state would begin regulating and overseeing hydraulic fracturing. Because of the lack of oversight, regulators in California reportedly do not know how often it is used, where it is used, what chemicals are used or where the wastewater is disposed, according to NBC Bay Area (10/18/12).

Much of the controversy surrounding fracking focuses on Pennsylvania and the Marcellus Shale fracking, although as the number of fracking sites grows across the country, so does the number of states that must face questions about how safe hydraulic fracturing is.

If you or a loved one has suffered similar damages or injuries, please click the link below and your California Hydraulic Fracturing complaint will be sent to a lawyer who will evaluate your claim at no cost or obligation.
Please click here for a free evaluation of your California Fracking claim
Last updated on Dec-10-12

According to results from a new study just published in the prestigious journal Science, there is a direct association between injecting water into the ground and earthquakes: injecting water into the ground is a practice used in the highly controversial natural gas extraction technique known as hydraulic fracking or fracturing.READ MORE
Legislators Trying to Temporarily Stall California Fracking

A California fracking lawsuit initiated at the beginning of the year seeks enforcement of existing California laws that require oversight of an increasingly controversial method of oil and gas extraction. The lawsuit, filed January 24 in Alameda County Superior Court, suggests the required oversight is not happening and that existing laws are not properly enforced.READ MORE
Fracking a Controversial Issue