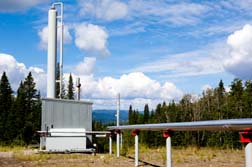 LawyersandSettlements (LAS) interviewed Mr. Kennedy about the gas leak, the potential danger to residents and how damages might be assessed.

LAS: The Porter Ranch gas leak has been compared to the BP Oil Spill in the gulf - do you think the long-term effects of this are just as disastrous?

Robert Kennedy Jr: No, I think the BP oil spill will be recorded by history as more catastrophic because so many people relied on the gulf for their livelihood, from fishers to the tourist industry. It had a huge environmental, economic and cultural impact. However, this crisis has many similarities. I drive into Porter Ranch and nearby communities and they are empty, so these problems are similar to the gulf - there are no customers.

LAS: According to estimates, 100,000 pounds of methane are spewing from the leak every hour, but public officials and SoCal Gas say it isn’t dangerous.

Robert Kennedy Jr: Public officials and the gas industry have a tricky and deceptive way of saying things. Methane itself is not dangerous for you, but is dangerous to global warming. Methane is 84 times more potent than carbon dioxide. And methane is an indicator that other gases are involved, including radon and benzene, both carcinogenic and very dangerous. For instance, radon is known to cause lung cancer.

LAS: Clearly SoCal Gas needs to be held accountable, but what kind of damages can victims expect?

Robert Kennedy Jr: This disaster will affect property values and tax revenues, businesses, and many more financial losses. And of course, health issues.

LAS: How can property damage be determined?

Robert Kennedy Jr: Property damage is the easiest issue to resolve. The real estate industry has algorithms to get precise values for losses. Most homes here are valued at over $1 million. Say a property owner takes out a mortgage for $800K. Most homeowners would be lucky to sell their property for $500K - there aren’t any buyers.

As for the radius of people affected, that can be measured by collection stations at different radii downwind. Different communities will need to report those affected. But in California, you aren’t forced to report.

LAS: You want the governor to declare a state of emergency. Why didn’t this happen when the spill was first discovered?

But this relocation by SoCal Gas is moving too slowly and it doesn’t look good for the people of Southern California. It all has to do with money: the gas company has filled the pockets of those people in charge of declaring a state of emergency.

LAS: Can you be more specific - money to whom?

Robert Kennedy Jr: The gas industry contributed $500K to the California legislature, including $30K to the governor. And Governor Jerry Brown’s sister sits on the Sempra board. [The utility giant Sempra owns SoCal Gas company.]

LAS: SoCal Gas has 98 wells that Attorney Rex Parris likened to “time bombs.” What will it take to shut them down?

Robert Kennedy Jr: Shutting it down is a serious challenge, and equally bewildering is the difficulty in determining how much hydrocarbon is being lost. SoCal Gas Company’s assessment tools are very weak but they want us to take their word for it.

We need the gas but at the same time, we have to figure out a way to make it safe. Of the 98 wells in this vicinity, 78 percent are not in compliance. Some wells are 62 years old and things fall apart. It was just a matter of time before this leak happened.

None of the wells comply with the requirements of the Safe Water Act and as far as we can determine, SoCal Gas does not have an alternative storage area.

The gas is dispersing two miles deep and coming up through people’s homes. The wells must have concrete casings but that isn’t the case here. Rex Parris calls them time bombs because they are rusting and will blow at some point. The law (passed in 1974) requires concrete to go all the way down to the storage dome. But these wells don’t have concrete casings because they were grandfathered in, they took a shortcut. And the gas company knows it.

LAS: What could this mean for the water table? And how long would it take to even begin to determine that?

Robert Kennedy Jr: We don’t have soil mapping of the aquifers so it is hard to determine, but we do know that the rupture is at 9,000 feet and gas is coming up from the bore hole. There is concrete casing, and inside is a metal tube 7 inches in diameter. Gas is coming up through that metal tube. The rupture can travel up through the bore hole and it is also released from the storage area, so it is going to take the easiest route upwards, and it can spread out. The gas can escape through any perforation in the earth and on the way up to the surface, it can encounter the aquifers underground, where it will leave behind chemicals, including benzene and radon. Benzene accumulates, so every exposure to the chemical stays in your body. You want to minimize exposure.

Robert Kennedy Jr: This catastrophe has immediately impacted children. Two weeks after it blew, kids’ noses were bleeding, which is a symptom for other issues going on. Where is the state of California?


Mr. Kennedy has worked on environmental issues across the United States and has brought more than 500 successful lawsuits. He was one of Time magazine’s “Heroes for the Planet” for his success in helping to restore the Hudson River. He will be speaking at the Porter Ranch Neighborhood Council Town Hall meeting tonight to address residents’ concerns and offer strategies on how best to engage the government in hopes of bringing an expedited end to the Porter Ranch gas leak.
READ ABOUT PORTER RANCH GAS LEAK LAWSUITS

Posted by
tib van dyke
on February 6, 2016
I'm 60 years old and live in lakeview terrace. I never get nosebleeds, but have had two bad ones in the past month. I picked up a flu bug but sinus headache and pressure over the eyes persist. Loss of appetite and now coughing up blood in the mornings. This is really bad and worse i fear than sempre is admitting. I hope we can get class action status and count me in. Signed, tib vandyke 2/5/2016
Posted by
George Herrera
on January 11, 2016
My rental house is in the affected area; and my tenant was advised by her lawyer to stop paying rent since her family was relocated to a nearby hotel and the hotel rooms do not even come close to the size of the house they are renting from me.
Are they within legal rights to stop paying rent? If so, what is my recourse since I am losing revenue due to this gas leak.

Posted by
Art moreno
on December 28, 2015
Who else can do an independent study of when the actual gas leak took place. I used to take my grandchild to practice at baseball park about a mile away this was a few years ago and the smell of gas was noticeable at the time. My grand son has been having massive nose bleeds for several years
Posted by
Stacy Ecklund
on December 25, 2015
My family & I have been sick for a month with burning throats, headaches,dizziness & nausea. We have been to several doctors who obviously can't pinpoint it. We did not know about Porter Ranch because they are keeping it out of the news apparently. My friend in Michigan told me she saw it & wondered if that was our problem. We have tried & tried to find a map of the area the gas has spread to but it seems they are not providing this information. Is there any info on the area it has spread to also is there a test to check for it in your body?
Posted by
Elizabeth Bates
on December 20, 2015
How far back did this happen ??