- Save Porter Ranch discovered public records showing the Division of Oil, Gas and Geothermal Resources (DOGGR) knew of leaking wells and yet DOGGR repeatedly issued permits to SoCalGas without the proper data showing gas would be confined underground. One example is API 03721313 (32F). Well 32F had a patch installed in 1986, but SoCalGas removed the patch in 2010. Well 32F has not passed any mechanical integrity tests since 2010. As of today, 32F still does not pass any tests and is a significant risk to the health and safety of the community. This is just one example of records showing DOGGR knew of the leaking wells and continued to issue permits. 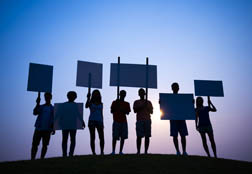 Save Porter Ranch, along with 24 individuals, lead the charge with filing class based claims against the State of California on behalf of the community of Porter Ranch. Combined with the other claims filed by R. Rex Parris and co-counsel, the last two waves of claims filed against the state bring the total up to 951 claims for individuals and potential class members and thousands more to follow. They challenge the State’s failure to protect the residents of Porter Ranch who suffered from the massive gas injection well blowout of well SS-25 in the Aliso Canyon Natural Gas Storage Facility. Natural gas, noxious odors, hazardous chemicals, and toxic pollutants rolled down the hillside into Porter Ranch and surrounding areas for over three months. The blowout ultimately released 100,000 tons of natural gas.

“DOGGR needs to be held responsible for allowing the operation of a facility with a known history of injection wells leaking gas into this community,” according to R. Rex Parris. The County Panel recently appointed Mr. Parris to the Los Angeles County advisory panel assisting a County Strike Team in assessing the conditions, regulatory compliance and potential public health risks from existing oil production activities. As mayor of Lancaster, Mr. Parris is noted for his work in developing programs to reduce emissions and frequently is called to speak on panels with Governor Brown.

“Governor Brown had a duty to Californians to coordinate the State Emergency Plan . . . for the mitigation of the effects of any emergency in this state,” says Mr. Parris. “But instead, Governor Brown went to Paris and boasted about California’s reduction of emissions. He was eerily silent about Porter Ranch in the midst of the blowout and evacuation of over 4,000 families.”

The tragedy to Porter Ranch residents is their Governor was conflicted, as explained in the Government Tort Claims filed today. First, Brown is a defendant in another lawsuit arising from the same permitting issues present in this action which alleges he was engaged in a criminal enterprise with the oil and gas industry. The state issues injection well permits to all gas companies if they provide basic data showing the injected gas will remain in a confined area underground. This is a safety requirement that is mandated by federal law. Brown, however, ordered state regulators in October of 2011 to stop requiring this basic data for permits of injection wells. And DOGGR then stopped requiring gas companies to provide data showing confinement of the injected gas.

Second, Governor Brown’s sister is on the board of directors of Sempra Energy (the parent company of SoCalGas). She received income of almost $200,000 each year for the last three years from Sempra and rights to Sempra stock worth another $409,945.

More PORTER RANCH News
Also named in the claim against the state are other agencies including the South Coast Air Quality Management District. The claim also lists SoCalGas, whose property in Aliso Canyon is treated as government property. Each client is seeking damages for personal injury and property damage which is expected to exceed $3.5 Million per person.

For over 30 years, R. Rex Parris has devoted his practice to protecting the rights of injured people and aggrieved workers. Rex and his dedicated team provide thorough, high-quality representation with integrity and compassion. These lawyers fight aggressively against corporate defense attorneys and insurance companies to ensure their clients get the compensation they deserve. For more information, visit rrexparris.com.