If you have a legal problem in New Brunswick, you can file your class action, personal injury, unpaid overtime, defective product, insurance fraud, dangerous drug etc., complaints, for a free case evaluation by a New Brunswick lawyer. 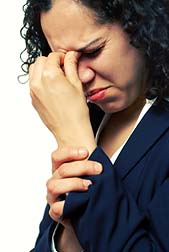 Another lawsuit has been filed against Mentor Corp., alleging the company's medical device, the ObTape vaginal sling, was defective and caused serious injury. Women who were implanted with the ObTape vaginal sling say they have been permanently scarred by the device, which was supposed to help them fight urinary stress incontinence. Now, Mentor faces many lawsuits that claim the company not only failed to adequately warn about the risks associated with sling but also misled the FDA on its application for approval.READ MORE
Banquet Pot Pies: Microwaves Not the Best Way to Cook 'em...

Omaha, NB: After ConAgra voluntarily halted production at the plant that made the allegedly tainted Banquet pot pies back in October, ConAgra spokespeople immediately jumped on the 'proper cooking' bandwagon.READ MORE
Personal Injury: Van in New Brunswick Crash is Banned in 40 States

Bathurst, NB: The passenger van involved in a tragic accident in Bathurst, New Brunswick has long been banned from transportation of public school students in most of the United States and some Canadian provinces. The design of the 15-seat Ford Club Wagon made it dangerously susceptible to personal injury for passengers and drivers.READ MORE

Obradovich Law
Dedicated to winning justice for those injured by trauma or negligence. Providing legal representation to persons and their families who have suffered serious or catastrophic personal injury or death due to the negligence or malpractice of others.
CONTACT THIS LAWYER

If you or a loved one resides in New Brunswick please click on the link below to submit your complaint to a New Brunswick lawyer for a free case evaluation.
[SEND YOUR NEW BRUNSWICK COMPLAINT TO A LAWYER]