Another lawsuit has been filed against Mentor Corp., alleging the company's medical device, the ObTape vaginal sling, was defective and caused serious injury. Women who were implanted with the ObTape vaginal sling say they have been permanently scarred by the device, which was supposed to help them fight urinary stress incontinence. Now, Mentor faces many lawsuits that claim the company not only failed to adequately warn about the risks associated with sling but also misled the FDA on its application for approval. 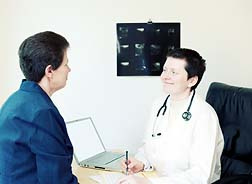 The most recent lawsuit, filed by Jessica and Tim Nolan, seeks damages in excess of $75,000 and alleges that Mentor knowingly misrepresented the safety and efficacy of the ObTape vaginal sling to the FDA. The plaintiffs claim that Mentor should have known about the "foreseeable, unreasonable risk of harm," to women who had the device implanted. Furthermore, although the company stopped marketing the device, the lawsuit claims Mentor failed to provide proper warnings to doctors who implanted it and patients who continued to receive it.

According to the lawsuit, the plaintiff suffered permanent injury as a result of the ObTape and has required multiple surgeries to try to repair some of the damage done. In fact, Mentor faces lawsuits filed by other women who also allege that they developed chronic pain and infections after using the sling. Other problems reportedly linked to the vaginal sling include erosion through the vaginal epithelium; bowel, bladder and blood vessel perforation during insertion; vaginal scarring; vaginal extrusions, urinary problems; pain and discomfort. Furthermore, women have complained that the mesh actually migrated inside their bodies and then disintegrated, requiring surgery to remove what was left.

The ObTape vaginal sling was marketed as a way to treat stress urinary incontinence and a loss of bladder control. Vaginal slings work by replacing weakened muscles in the urethra, reinforcing muscles that control the flow of urine. ObTape differed from other vaginal slings because it did not have a woven or mesh design; it was actually made from non-woven fibers that had small pores. Those pores likely prevented nutrients and oxygen from reaching the tissues, which may have impaired patient healing and resulted in the breakdown of tissue of the vaginal wall.

A study published in The Journal of Urology found that women had a high rate of serious side effects when they used the Mentor ObTape. According to the study, 13.4 percent of women who received the ObTape had vaginal extrusions of the sling. In total, 67 patients were implanted with the Mentor ObTape and 9 patients had vaginal extrusions. By comparison, 56 women were implanted with the AMS Monarc and not one of them had vaginal erosions by the time the study was published.

"Our high rate of vaginal extrusion using the ObTape® has led us to discontinue the use of this product in our institution. Continued followup of all of these patients will be of critical importance," the researchers concluded.

Some reports indicate that Mentor applied for 501K status for the ObTape. That status means that the product is so similar to others already on the market that it does not require complete testing. However, because the sling had different dimensions and different materials, it should have undergone its own testing to prove that it was safe for use. Instead, it was approved on the basis that it was similar to other products and as a result, some of the more serious complications from the sling may not have been discovered until after the product was on the market.

More MEDICAL DEVICES News
Urinary incontinence is an embarrassing problem--one that many people are unwilling to talk about. However, most women would likely say that if given the choice between urinary incontinence and severe pain, vaginal extrusions and multiple surgeries, they would take the urinary incontinence. The benefits of the ObTape did not outweigh the risks. Only 3 years after it was released on the market, the Mentor ObTape was taken off the market. Unfortunately, this was too late for the women who suffered permanent scarring because of the defective device.

Over 30 lawsuits have reportedly been filed against Mentor alleging that the company's ObTape was defective. More lawsuits will likely follow because a federal MDL (multi-district litigation) has been established in Georgia. All federal Mentor ObTape lawsuits have been consolidated for pretrial proceedings. However, it is not too late to speak to an attorney to discuss your legal options. If you suffered harm after being implanted with the Mentor ObTape vaginal sling, it is a good idea to talk with an attorney to see if there is any legal recourse available to you.

If you have suffered losses in this case, please send your complaint to a lawyer who will review your possible [Medical Devices Lawsuit] at no cost or obligation.
Request Legal Help Now