Because so many Zofran birth defects lawsuits have been filed nationwide against GlaxoSmithKline, the manufacturer, a multidistrict litigation (MDL) has been ordered for all pending and future lawsuits - good news for plaintiffs. And attorneys say that the decision to send Zofran lawsuits to Boston is a “victory” for plaintiffs. 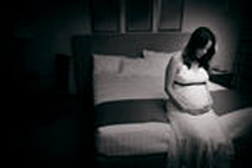 The order to consolidate was issued by the U.S. Judicial Panel on Multidistrict Litigation on October 13, 2015. At least 60 plaintiffs nationwide have one thing in common: they are all part of MDL No. 2657, centralized in the District of Massachusetts before US District Judge F. Dennis Saylor.

Zofran lawsuits that were filed in federal court have been consolidated because they have almost the same allegations:

• GSK fraudulently misrepresented Zofran to prescribing physicians about the safety of its anti-nausea drug for pregnant women.

• GSK knew and concealed the drug’s alleged association with serious birth defects, and failed to provide doctors and patients with information regarding this risk.

• GSK marketed the drug to pregnant women off-label, i.e., without FDA approval. (The FDA only approved Zofran to treat post-operative surgery patients, as well as those undergoing certain cancer treatments.)

While each lawsuit in an MDL remains individual, common questions will be raised, i.e., does Zofran cause birth defects and if so, which kinds? Plaintiffs have filed claims alleging Zofran has caused a number of congenital birth defects, including cleft palate, spina bifida and heart defects. A few claims have also been filed alleging hypospadias and even a missing kidney.

The Panel’s choice is a victory for the families who have sued GSK, according to attorney Michael Monheit, writing in The Legal Examiner (October 15). Monheit said that GSK first proposed a MDL in Federal Court in Pennsylvania, which is close to the drug company’s headquarters. But plaintiffs argued that “few if any Zofran lawsuits had been filed in Pennsylvania” and Boston was a top choice, particularly because Zofran was first linked to a birth defect (cleft palate) by researchers at Boston University’s Slone Epidemiology Center. And five lawsuits have already been filed in Massachusetts, four of them already assigned to Judge Saylor.

More ZOFRAN BIRTH DEFECT News
Attorneys predict more Zofran claims will be filed. This MDL does not mean a class action has been filed. Rather, filing a claim is easier. Typically, a “short form” complaint is used, which hastens new lawsuits against a defendant. Usually bellwether trials - the first cases - in an MDL will proceed about two years after the MDL is formed. And, depending upon the verdicts, settlements are either reached before the bellwether trials start or shortly thereafter.

The American Journal of Obstetrics & Gynecology (December 2014) estimates that more than 1 million American women (out of 4 million pregnancies per year) have been prescribed Zofran. Researchers at the Hospital for Sick Children and University of Toronto concluded that “there is no reason for women to be exposed to a drug [Zofran] of unproven maternal and fetal safety.”