At least three dozen lawsuits claim that Zofran used during pregnancy caused children to be born with birth defects. The birth defects range from cleft palate to spina bifida and the most recent - a missing kidney. But every lawsuit is similar in its allegations. And every mother said that, had she known Zofran can cause birth defects, she would have taken a different anti-nausea medication. 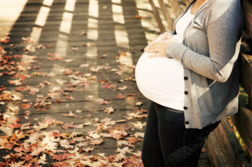 “Put yourself in my position. Imagine the guilt of knowing you caused your child to be born with a heart complication because you couldn’t deal with morning sickness,” says Sonya. “Even though I didn’t know that Zofran could affect my baby at the time, I still can’t stop blaming myself,” Sonya adds.
“I am both depressed and angry and I am now channeling that anger into a Zofran lawsuit.”

Sonya took Zofran during the first trimester of her second pregnancy. Her firstborn is in perfect health while her second son was born with a heart condition and had undergone two surgeries before he was four years old. “I cannot believe that doctors prescribe this drug and Glaxo [GlaxoSmithKline, the drug manufacturer] still makes it. Don’t they remember back in the 1960s (and if they don’t remember, they should know) how the drug thalidomide was marketed as a ‘miracle cure’ for morning sickness and how thousands of babies were born without limbs?”

More ZOFRAN BIRTH DEFECT News
The American College of Obstetricians and Gynecologists (ACOG) advises women to pair vitamin B6 and the antihistamine doxylamine to treat persistent, disruptive nausea and vomiting, according to Health News (Aug. 26, 2015). The advice comes at the same time that the ACOG no longer supports ondansetron (Zofran), citing that more recent data indicates the drug may be linked to birth defects. The new guidelines were published in the ACOG’s Practice Bulletin.

The consolidation of national Zofran lawsuits has been proposed and the Judicial Panel on Multidistrict Litigation (MDL) will hear oral arguments on October 1, 2015. Attorneys handling the Zofran claims anticipate the MDL to move forward, according to court documents.

GlaxoSmithKline filed to consolidate Zofran lawsuits after at least a dozen claims had been filed nationwide, but the decision to consolidate is up to the judicial panel. Each claim alleges that Zofran caused birth defects to a developing fetus, including congenital heart defects and physical deformities.