Another Zofran lawsuit filed by parents in Texas joins more than 300 suits filed nationwide against the manufacturer. Most all federal cases consolidated into a multidistrict litigation in Massachusetts are making progress and a first trial date is expected soon. 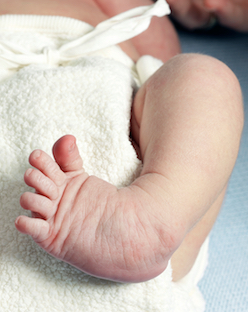 July 2016: Glaxo Smith Kline (GSK) proposed a sequenced discovery plan for the litigation, detailing how the order of discovery could take place. According to the Court Reporter, GSK believes discovery should focus on two questions first: (1) whether Zofran causes the specific birth defects alleged by plaintiffs and (2) whether GSK withheld relevant safety information from the FDA.

Plaintiffs did not agree to GSK’s discovery plan because it didn’t address the company’s liability in illegally marketing its anti-nausea drug. Rather, plaintiffs want GSK to address how Zofran became the most popular medication on the market to treat morning sickness without ever having been approved for use in pregnant women.

A discovery plan has yet to be agreed upon by both sides.

May 2016: A Master Long Form Complaint was filed by plaintiffs. It summarizes their shared complaints against the manufacturer, Glaxo Smith Kline (GSK). Following this complaint, plaintiffs filed short-term complaints outlining their specific circumstances.

More ZOFRAN BIRTH DEFECT News
2012: GSK paid $3 billion to the U.S. Department of Justice to settle criminal and civil allegations of fraud and illegal marketing of Zofran and several other drugs. GSK was charged with illegally promoting Zofran to pregnant women for the treatment of morning sickness even though the medication was never tested on or approved for use in pregnant women.

In 2013, a study found that babies exposed to Zofran in utero were between two and four times more likely to develop birth defects, including congenital heart defects, cleft lip, cleft palate, club foot, and skull deformities, among others. Zofran was approved to treat nausea and vomiting in cancer patients and patients who have undergone surgery.

Most all the lawsuits claiming Zofran birth defects involve congenital heart defects. Because more than 300 lawsuits are similar, they have been consolidated in a Boston federal court, where they will continue together through pre-trial proceedings. And lawsuits are still being filed as individual personal injury actions rather than class actions.