• As the largest generation in America’s history gets ready to retire, the focus on litigation over financial scams is gaining momentum. Variable annuities, a type of financial product many people are not likely familiar with, represent a minefield for investors, particularly seniors and people trying to shore up their retirement incomes. Many people who believe they were victimized by a disreputable company are now taking legal advice. 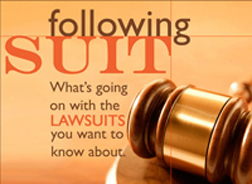 What is a variable annuity?

• A variable annuity is basically a tax-deferred investment, and is tied in with an insurance contract. They are used as a way for seniors to secure cash flow during their retirement years.

• Annuity products are sold by financial institutions and are designed to allow individuals to invest in funds that are then supposed to provide a steady stream of scheduled payments in the future.

• The product also offers retirees a living benefit rider, which is tied to an insurance policy, that guarantees a base income independent of market performance, or even the ultimate survival of the account funds.

• This means that the fees can be extremely steep. For example, commissions to a broker can be as high as five percent, and the annual average expenses associated with variable annuity sub accounts can run more than two percent of assets.

• For the elderly with little or no means of earning potential, those fees and commissions can mean a significant loss of potential income.

• The other downside to these financial products is that they are tied to market performance, therefore the rate of return is less certain than with other types of investments seniors can make. For example, if the stock market rises, then the annuity may increase somewhat. However, the investor has already paid out substantial fees and commissions. A drop in the stock market means a loss in the value of the annuity.

What are the issues with variable annuities?

• The annuity sector, as a result of the 2008 market downturn, has also seen increased fees - and variable annuity laws. A simple increase in fees can have a significant negative impact on an investor’s portfolio.

• According to the example provided by CNN Money, the average fee for the minimum withdrawal benefit was about 0.75 percent in 2009. That same fee averaged 1.25 percent as of this past December. Combined with other fees and costs associated with the variable annuity, the total deduction can be as much as 3.7 percent overall.

• Such a fee increase can severely limit a portfolio’s growth potential, as the report demonstrates. As an example, $100,000 invested in a mutual fund portfolio comprised of 60 percent large-capacity stocks and 40 percent intermediate-term bonds, assuming 0.75 percent in fees, would have grown to around $131,600 in 10 years - even in the kind of bear markets seen after 2008.

• However, with fee increases, that same investment in today’s environment would be worth $95,500 - saddling the investor with zero growth and a five percent loss after 10 years.

According to the report, investors with contracts written prior to 2011 would find themselves to be most vulnerable to such term revisions - the provision for which is usually contained in the fine print of a contract provided the insurer duly informs the investor of the changes in a timely manner.

• The Securities and Exchange Commission (SEC), the body that regulates the stock market, is looking into variable annuities, to see if the changes in terms are legal and properly meet variable annuity laws.

• In some cases, holders of variable annuities have been offered an incentive, such as 20 percent of the value of the benefit base, in order to drop the living benefit rider. While the offer may appear tempting on the surface, it is also an obvious sign that the provider is concerned about remaining on the hook for guaranteed income payouts beyond the depletion of the base fund, and wants out. While such an offer can be made, there is no legal requirement to take it.

More VARIABLE ANNUITY News
• There are also concerns that variable annuity holders may not have been informed of the risks associated with the annuity. Some insurance companies have allegedly sent letters to annuity holders, requesting that they either put more money into their annuity or that they accept a higher value on the annuity but sign a document saying they will never annuitize (receive periodic payments) the annuity.

• And, like many other industries, there are some unscrupulous variable annuities brokers and account executives that will recommend replacing old annuities for new ones - meaning additional fees commissions.

What can you do?

• If you believe you have suffered losses, were not informed of the risk or have other concerns around your variable annuities investments, you can seek legal advice.