Variable Annuities Not Necessarily Suitable for Everyone 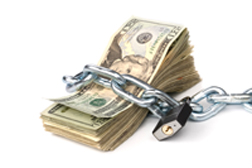 Variable annuities are investments that, at some point either immediately or after a certain amount of time, provide periodic payments to investors. They are often used by people who receive a lump sum payment - such as receiving their pension all at once - to invest that money in, with the goal being that they will receive regular payments from that investment. The benefit is that the money is invested, that there is a regular income stream that either begins immediately or after a set period of time, and that there are tax deferred benefits.

All in all, those are great reasons for some investors to consider variable annuities. Except that some insurers have found that variable annuities are not profitable and, in fact, they may not have enough money to cover the payouts. Some investors have allegedly been asked to not annuitize their annuity, meaning not receive payouts on it. In other words, that guaranteed lifetime income that was used to market the annuity may not be entirely guaranteed.

More VARIABLE ANNUITY News
Variable annuities can also come with high fees and costs, which can offset the benefits of tax deferral. In some cases, the commissions associated with the variable annuity can be huge, making it an unsuitable investment for some investors. According to some experts, variable annuities are sold, not bought, meaning it is to the seller’s advantage to convince the person to buy them.

The problem for many is that they buy variable annuities when they have received a lump sum for their pension, meaning they are at or very close to retirement age and not able to withstand losing - or not having access to - money they counted on.