Send your Variable Annuity claim to a lawyer who will review your claim at NO COST or obligation.
GET LEGAL HELP NOW 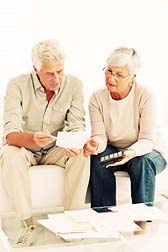 People purchase variable annuities with the belief that either immediately following purchase or at some point in the future, they will annuitize the annuity and being receiving periodic payments from their annuity. Annuities are also marketed as having a death benefit and as having tax-deferred status, so that no taxes are paid on any gains on the annuity until the money is withdrawn.

Many people who are retired or close to retirement put their money into variable annuities so they have guaranteed income for the rest of their lives. What they may not be told, however, is that variable annuity investment through an IRA does not give them any further tax-deferral benefit and annuities bought under such circumstances are only suitable if they come with a guarantee of lifetime income, which often costs more. Therefore, not all variable annuities are suitable for retirees. Furthermore, variable annuities come with high fees and charges, possibly making them even more unsuitable an investment.

In addition to concerns about suitability, there are also concerns that variable annuity holders were not told about the risks associated with the annuity. Some insurance companies have allegedly sent letters to annuity holders, requesting that they either put more money into their annuity or that they accept a higher value on the annuity but sign a document saying they will never annuitize (receive periodic payments) the annuity.

Annuity holders were allegedly not told about the risks associated with their annuities.

Some insurance companies allegedly changing their annuity obligations or not being able to meet those obligations are Aviva, Transamerica, The Principal Financial Group, ING, MetLife, Prudential, Guggenheim and Genworth. Variable annuity holders who purchased their annuities in the past three years from those companies may be eligible to file a claim against those companies.

If you or a loved one has suffered losses as a result of investing in a variable annuity, please click the link below to send your complaint to a lawyer who will evaluate your claim at no cost or obligation.
Please click here for a free evaluation of your Variable Annuity claim
Last updated on May-7-15

• As the largest generation in America’s history gets ready to retire, the focus on litigation over financial scams is gaining momentum. Variable annuities, a type of financial product many people are not likely familiar with, represent a minefield for investors, particularly seniors and people trying to shore up their retirement incomes. Many people who believe they were victimized by a disreputable company are now taking legal advice.READ MORE

Variable Annuities Not Necessarily Suitable for Everyone

For any investor, the best things to hear about an investment like variable annuities is that they are “relatively safe” and “guaranteed income.” Even an unseasoned investor’s ears perk up when they hear those phrases. But just because a variable annuity is marketed as relatively safe with a guaranteed income, does not always mean it is those things. As investors in some variable annuities are learning, such investments are not suitable for everyone.READ MORE
Variable Annuities Can Be a Minefield for the Elderly

While Variable Annuities might be a worthwhile product for some, they aren’t for everybody. To that end, regardless of the type of annuity purchased, the capital to purchase the annuity through which to derive income is locked in for the life of the product and inaccessible for unexpected needs such as medical bills. Studies have also shown that an elderly individual’s cognitive skills when it comes to finances depletes over time, akin to memory loss and other cognitive deficits.READ MORE