Variable Annuities Can Be a Minefield for the Elderly

While Variable Annuities might be a worthwhile product for some, they aren’t for everybody. To that end, regardless of the type of annuity purchased, the capital to purchase the annuity through which to derive income is locked in for the life of the product and inaccessible for unexpected needs such as medical bills. Studies have also shown that an elderly individual’s cognitive skills when it comes to finances depletes over time, akin to memory loss and other cognitive deficits. 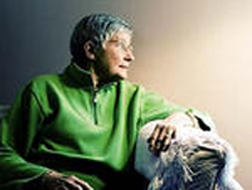 Combine all of that with a financial advisor capable of taking advantage, and it’s a recipe for disaster.

Writing in the Daily Herald (Provo, Utah, 9/22/13), registered investment advisor Scott Burns of AssetBuilder Inc. notes that “getting a disinterested, professional opinion in investment matters isn’t easy,” Burns writes. “Most participants have an interest of some kind in getting your business on an ongoing basis rather than as a one-time consultation.” As a point of interest, he notes that the Variable Annuity is much more transparent in terms of how it’s set up, and how the Annuity provider makes its money than, say, a fixed index annuity.

Still, variable annuities have proven to be a problem for seniors who don’t really have a clear understanding of what they’re buying, or have put their trust in either a family member or financial advisor who doesn’t have the elderly individual’s best interest at heart.

One change being adopted by various states to Variable Annuity Laws is to increase the number of days during which a purchaser can escape from a contract tying them to a product that may not be appropriate for their stage in life or their circumstances. A senior may require certain financial flexibility that Variable Annuities don’t offer.

And then there is the case for decreased cognitive skills - in other words, memory. Michael Finke is a professor at Texas Tech University and co-author of “Old Age and the Decline in Financial Literacy,” a study released in 2011.

Finke and his co-authors discovered that knowledge of basic concepts essential to effective financial choice diminish by about 2 percent each year after age 60, but confidence in financial decision-making abilities does not diminish in kind. At age 90, for example, it’s possible to be half as smart about money as you might have been at age 60, but remain just as confident, if not more so.

“Increasing confidence and reduced abilities can explain poor credit and investment choices by older respondents,” wrote Finke and his co-authors.

Advocates for seniors suggest that before making any kind of financial commitment, testing one’s memory is a sound idea. This can be done in concert with a family doctor or someone who practices in geriatric medicine.

Further, before buying that Variable Annuity, testing your financial knowledge is also a very good idea. The FINRA Investor Education Foundation funded the National Financial Capability Study (NFCS), an initiative that developed a financial capability and knowledge test. FINRA says that Americans, typically, get three of the five questions right.

“It does not matter that (the NFCS) is not precisely related to complex insurance products,” said Annamaria Lusardi, academic director of the Global Center of Financial Literacy Excellence Center at the George Washington University School of Business, in comments published in USA TODAY (11/5/13). “People have to know the principles behind financial decision-making to make good decisions, including buying insurance products.”

Seniors advocates also recommend involving a trusted fiduciary to vet any investments such as Variable Annuities, to ensure they make sense from a financial planning, estate planning, tax planning, risk management and investment point of view.

“The best advice is to do the heavy lifting early in retirement so that you can put your investments on autopilot later in life,” said Finke, in USA TODAY. “Get a fiduciary financial adviser you can trust or build a retirement-income strategy that makes automatic payments.”

More VARIABLE ANNUITY News
Jack Marrion, president of Advantage Compendium, located in St. Louis, Missouri, authored a report on the typical cognitive declines on the part of seniors for financial advisors. “What I tell seniors is to take your time and spend most of that time getting to understand the downside of the decision,” said Marrion, in comments appearing in USA TODAY. “How much can I lose, and how fast can I get my money if I need it? After you understand the cons, you can see if the pros offset them.”

And then you’ll know if that Variable Annuity is right for you. That said, do Variable Annuity Laws properly protect you from unsavory family members wanting to take advantage or untrustworthy financial advisors with their own best interests at heart?

That’s why a Variable Annuity lawyer is often required to unravel an inappropriate investment scheme, and pursue compensation for the hoodwinked senior.