Tylenol Recalls Over or More Over-Doses?

Over the past few decades, Tylenol has likely been recalled more than any other OTC (over the counter) drug, for a number of reasons. Who can forget the 1982 recall, when the packaging was tampered with and some bottles were found to contain cyanide? Then last year's recalls of Tylenol 8 Hour Extended Release due to a "musty odor"—making it the sixth time Johnson & Johnson recalled OTC meds for this reason. But the worst recalls have been those involving too much acetaminophen, which can lead to Tylenol liver failure. 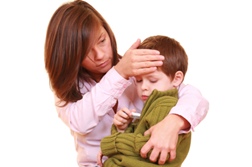 Wait, there's more. McNeil—a subsidiary of Johnson & Johnson—recalled more than 130 million units of Tylenol, Motrin and other OTC drugs for quality concerns and small metal particles in a 2010 Tylenol recall. (That same year, J&J was sued in federal court by consumers in a class-action suit, claiming that the company did not offer consumers an opportunity to recover their costs.) Quality control problems at J&J facilities have been ongoing…

By last March 2011, the Tylenol recalls had apparently been too much for the FDA and the Justice Department. The agencies and J&J reached an agreement, known as a consent decree, which meant the government would take over three of the giant drugmaker's Tylenol factories and a criminal investigation ensued into safety concerns at the plants. As well, two J&J executives were charged with failing to comply with federally mandated manufacturing practice, according to CNNMoney (March 11, 2011).

Now that the government has stepped in, does this mean the end of Tylenol recalls? Can parents now be assured that they can give Tylenol to their child without the worry of a medication error such as Tylenol overdose?

In February 2012, more than half a million bottles--574,000--of grape-flavored Infants' Tylenol were recalled after parents complained of "dosing difficulties"; again, concerns were raised regarding the incorrect amount of acetaminophen. This time the problem was with the flow restrictor: it should be at the top of the bottle but some had been pushed inside the bottle, thereby making dosing difficult.

After such a long history of Tylenol recalls, this recall is simply perhaps 574,000 reasons too many for parents to continue to put their trust in the Tylenol franchise.

The Mayo Clinic website lists acetaminophen (e.g., Tylenol) as one of the major causes of acute liver failure—and the most common cause of liver failure in the US.

Most people believe that liver failure happens over many years, but it just takes a very large dose of Tylenol over only a few days to develop acute liver failure. Imagine what it can do to a toddler.

According to the FDA, acetaminophen dosage errors led to 14 deaths and 74 injuries from 2000 to 2010 in children under the age of 13. One death occurred in 2010 after a two-year-old boy, River Moore, was given Children's Tylenol to treat a fever—he suffered liver failure and died the next day.

More TYLENOL/ACETAMINOPHEN News
Parents Daniel and Katy Moore sued Johnson & Johnson, alleging the company ignored its deplorable manufacturing conditions and had numerous recalls of its products, including its infants and children's Tylenol. The complaint says that J&J "knew of defects, impurities and contamination in the children's drugs and, yet, embarked on a 'phantom' or 'stealth' recall of these drugs to hide these problems so the general public, ignorant of the dangers, would continue buying and administering these brand name drugs to their children."

The "stealth recall" occurred when J&J and McNeil hired contractors to secretly buy up all its contaminated Children's Tylenol from stores and keep the recall a secret. The FDA finally found out about the stealth recall after receiving a copy of an internal memo from McNeil containing instructions to the above contractors.

Perhaps it is just a matter of time until all Children's Tylenol will be recalled, permanently. Sadly, it will never be soon enough for 14 children and River Moore.

Posted by
samantha sinclair
on April 3, 2012
The government and lawmakers of this country are forever on a crusade and witch hunt against pain management doctors and patients who legitimately require opiod analgesia, which, even long term, does NOT damage the liver a quarter as much as "good ole safe tylenol "does in the SHORT TERM! They had even, up until this debacle, required aceitaminophen be put into certain opiates, NOT truly FOR the patient, but in order to keep you from taking that extra dose if your pain is too severe, see ...they'd rather that YOU damage your liver and maybe even perish, than to have decision making about opiate based medication be at your own discretion in any way whatsoever! DO YOU see the sad irony here??? And if ALL else fails, they have words like "junkie, addict"etc.,and constant media coverage of how evil opiates are, when, they are actually the very oldest, most tried and tested meds out there if you respect them. But our country will continue trying to make every injured, sick, or chronic patient feel like a societal nuisance, enacting laws such as "Leandra's Law",named after a deceased little girl to tug your heart strings,so that when the mother with lupus, desperately fighting to raise her 5yo son on her own is arrested after a car accident she was injured during, and they say it's a DWI under this "leandra's law ",YOU are somehow supposed to think she is a terrible human being for driving her son to school, while taking the same meds she's been on for ten YRS! That DO NOT make her sleepy or affect her ability to drive, but yet because her son had no others to drive him, and a mother with lupus, she is a bad mom? And somehow we are lead to believe that her, and others like her, are the PROBLEM IN SOCIETY, NOT THE ROGUE CORPORATION LIKE J&J. WHO SO STEALTHILY HID THAT OVERDOSE RECALL FROM PARENTS ACROSS THE COUNTRY??? ARE WE REALLY AT THIS POINT AS A PEOPLE, CAUSE IF SO IT'S TIME TO LIVE IN THE WILDERNESS!!!
Posted by
Robert
on April 1, 2012
After replacing bottles of tylenol because of recalls over past few years both adult and childrens which was getting costly, I stoped buying tylenol.
Posted by
Debra J.M. Smith
on April 1, 2012
I believe the title of this piece says what is most important to remember about this article. And that is that the deaths from liver damage that are spoken of here were due to an overdose of the medicine. "Overdoes" is the operative word here, not Tylenol.