Tylenol patients who sue Tylenol manufacturer McNeil Consumer Healthcare and its parent, Johnson & Johnson (J&J), for adverse reactions such as alleged liver damage aren't the only litigants launching a Tylenol lawsuit: investors also have their legal beefs with J&J with regard to the company's corporate oversight of good manufacturing practices (GMP) and marketing efforts. 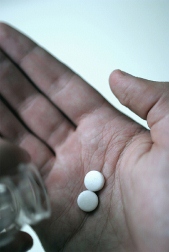 Investors allege directors responsible for overseeing the company have chronically ignored wrongdoing, resulting in waning consumer confidence and a diminution in investor returns.

Amongst the Tylenol lawsuits initiated by investors was an action filed in 2010 that alleged, among other claims, that J&J directors ignored various red flags pertaining to production miscues surrounding the heritage medicine Tylenol, which has been on the market for some 50 years.

In spite of its heritage status, Tylenol has been linked with grave health concerns that have included, but are not limited to, Tylenol liver damage and acetaminophen toxicity. The latter is inherent with the penchant for some consumers to take too much medication at one time, or combine Tylenol with other medications.

More TYLENOL/ACETAMINOPHEN News
Beyond that, however, is the issue investors have with various recalls of children's Tylenol—an issue compounded by a recall two years ago of more than 40 products due to contamination during, or post-production, and incorrect labeling. According to The Star-Ledger of Newark (7/12/12), J&J had no choice but to suspend operations at a manufacturing facility located in Pennsylvania.

Ongoing investigations into the marketing of various medications including Risperdal, an antipsychotic drug, has led to an agreement that will see J&J pay up to $2.2 billion to settle the allegations.

As for Tylenol side effects, the popular medication has been linked to Tylenol and liver complications, as well as a potential link to childhood asthma.

Tylenol overdose has also become a recent concern, as parents and caregivers—and society in general—over-react to aches and pains and take too much over-the-counter medication, too often. The manufacturers of Tylenol have responded by pulling more potent formulations of acetaminophen off store shelves, in favor of bottles that contain fewer milligrams per pill.

Posted by
David Lee Williams
on September 2, 2012
I have been taken pain medications for long from the VA for many medical problems, such as acetaminophen, risperdal, and more pain killers.