The trouble with heritage medications is, like comfort food or a favorite sweater, they can lull you into a false sense of comfort and security. And who would have thought that when acetaminophen was first approved by the US Food and Drug Administration (FDA) way back in 1951, we would one day be talking about Tylenol liver damage and other adverse reactions related to the popular over-the-counter (OTC) medication. 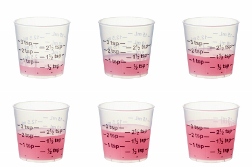 Who would have anticipated that many a Tylenol lawsuit would stem from some 30 product recalls for Tylenol and other medications manufactured by pharmaceutical giant Johnson & Johnson since September of last year? Or that a Tylenol overdose could contribute to Tylenol liver failure?

Worse, according to a study published recently in the Canadian Medical Association Journal (CMAJ 6/4/12), such acute Tylenol liver failure could actually happen in children.

Earlier this month HealthDay News (6/8/12) reported on the growing concern over repeated doses of Tylenol above recommended levels, either from errors or intentional consumption, and the Tylenol side effects that can ensue.

According to the report, Dr. Rod Lim of Children's Hospital at the London Health Sciences Center in Ontario, Canada, and colleagues wrote about a case study involving a 22-day-old infant mistakenly administered too much acetaminophen to control pain following a circumcision. In an effort to avoid acetaminophen toxicity, the baby boy was treated with N-acetylcysteine—administered intravenously—and the tot thankfully recovered.

The alarming observation is that this incident appears to be repeated more often than not. Of 238 cases of serious medication errors in children under the age of six, acetaminophen overdose (Tylenol) turned out to be the most common cause of life-threatening events, long-term illness or even Tylenol death.

Dr. Lim and his colleagues, in a news release issued in association with CMAJ, called on doctors and pharmacists to do a better job of educating parents and caregivers about the proper use of such medications in children.

However, the study authors did not stop there in an effort to help mitigate serious Tylenol side effects. They also called upon the manufacturers to provide better labeling and dosing information. They also cited the need, to help avoid Tylenol overdose, to keep acetaminophen behind the counter.

More TYLENOL/ACETAMINOPHEN News
Finally, Lim and colleagues cited the need for better dosing devices. Parents tend to use spoons, which do not come in standardized sizes. Using a spoon when giving medication such as Tylenol to a child can lead to overdoses and problems with Tylenol and liver, the experts say.

A report by the American Academy of Pediatrics and US poison control centers also sounds the alarm bells over acetaminophen toxicity. This comes at a time when Tylenol manufacturer J&J is welcoming a new CEO into the fold. Alex Gorsky cites as one of his priorities, according to an April report by the Associated Press (4/15/12), the restoration of some luster to a brand that has seen much tarnish of late.

Considering acetaminophen has been around some 61 years, little wonder we may have become complacent. But then so too, it seems, are those who manufacture and administer a medication that has been trusted for decades. Perhaps that trust has been misplaced, given the potential for acetaminophen toxicity and Tylenol lawsuits.

Posted by
Jason Bartholow
on July 1, 2012
We have taken our daughter to a new doctor, because the last one, not only told us to give her Tylenol all the time. But he also gave our one year old daughter a flu shot, with the intent of wanting to see her get sick. And she did! Very. His own words, "I was looking for a reaction from her"
-j