Stand 'n Seal: How do I get Tested for Hydrocarbon Exposure?

"I was watching the late-night news on CNN and was horrified to hear that Stand 'n Seal grout spray sealer had caused at least two deaths and a multitude of other health related problems," says Gerry Drinkwater. Stand 'n Seal has also caused lung damage.

"When the can was displayed on the screen, I recognized immediately that the Stand 'n Seal product was one that I used and may be the cause of my own year-long health problems which are becoming progressively worse with time," says Drinkwater. Although most complaints from this product are related to respiratory problems, Drinkwater believes his symptoms stem from toxic chemicals he breathed from using Stand 'n Seal.

"I used about half a can of this stuff last October—three applications on the bathroom tile," says Drinkwater. "I had the window open because the odor was very strong but I didn't wear a mask—there were no guidelines or instructions on the can.

"I started to get several health issues about one week later. I felt a lot of pressure in my eyes at night; my eye doctor confirmed there was some pressure in each eye and to check back with him. Then I had a swelling or tightness in my hand; I would bend my fingers and they would snap and pop; all my extremities were tingling and numb. It was like I had bad circulation. 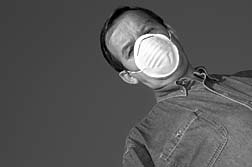 I have had tests for diabetes, Lyme disease, (8 weeks of blood and urine tests) and rheumatoid arthritis. I then was tested for celiac disease, Hep C virus, and most recently, vitamin B12 deficiency. (And a referral doctor wants me to have a blood test for low testosterone). I have not done that one as yet. However, all the previously mentioned tests have come back with negative results.

More News
I have held back from complaining any further to my doctor because he might think I'm a hypochondriac. And I haven't yet mentioned to my doctor that I may have been exposed to a toxic chemical. It is very coincidental that these symptoms started right after using Stand 'n Seal.

One doctor thought it could be stress but that isn't the case. I am a very positive person and don't have stress in my life. I am 67, in good health and work out. I don't take any medications except a few aspirin now and then.

When I saw the news piece on CNN, I double-checked the can and registered a complaint. An attorney told me to keep the can."

Gerry Drinkwater wanted to register his complaint because other people may have experienced the same symptoms as him—symptoms other than respiratory problems.