Chicago, IL: A new study has found that men who take finasteride, the main ingredient in the hair-loss medication Propecia, may suffer from erectile dysfunction for months or even years after they stop taking the drug.
Read [ Another New Study Links Hair-Loss Treatment Propecia to Sexual Dysfunction ]

Huntsville, AL: When Matt’s hairline started to recede he reached out for Propecia. “I was afraid of looking like my dad, but now my girlfriend says she’d rather have me bald than bad in the bedroom,” says Matt. 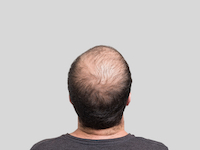 Gary, IN: John’s mother was concerned when her son started losing hair, long before Propecia was known to cause permanent sexual dysfunction issues. “She believed that being bald wouldn’t help my career or my love life so I listened to Mom and took this hair-loss medication for more than a decade,” says John.
Read [ “Don’t Mess with Testosterone,” says Propecia Victim ]

Calabasas, CA: Despite more than 1,375 Propecia lawsuits filed against Merck, the hair-loss drug is still touted by some as the most effective treatment for male pattern baldness.
Read [ Propecia Accolades Hair-Raising ]

Studies on Propecia Side Effects Being Undertaken

When it comes to discussions about male conditions, one topic that sometimes hits a nerve is that of male baldness. Some men, in attempting to deal with the issue, have turned to medications such as Propecia. But in lawsuits being filed, some of those men now say they had no idea about the risk of Propecia side effects, including a reported risk of sexual dysfunction, nor did they realize there was a risk of Propecia long-term side effects.
Read [ Studies on Propecia Side Effects Being Undertaken ]

Another Propecia Lawsuit Filed against Merck

Men Tearing Their Hair Out Over Propecia Sexual Dysfunction

There are two things that most men are most proud of: their hair and their ability to pleasure their partner. Some, but not all men, can deal with premature hair loss by shaving their heads according to current fashion. But if you have a misshapen head, that may not be possible. But worse than that, is when the erections stop happening. The result is often a Propecia lawsuit alleging Propecia sexual dysfunction.
Read [ Men Tearing Their Hair Out Over Propecia Sexual Dysfunction ]

Tom started taking Propecia soon after its FDA approval in 1997 for male pattern hair loss. Just a few months later he complained to his doctor of testicular pain and asked about Propecia side effects in men. His doctor said there was no link between Propecia and sexual side effects so Tom continued Propecia finasteride. “I have suffered from Propecia sexual dysfunction ever since; if only I trusted my better judgment and not my doctor,” says Tom.
Read [ Propecia Sexual Side Effects Don’t “Go Away” ]