The Catch 22 of Propecia

For Canadian men, it's a Catch 22. Would they rather have a full head of hair (or, at least in their view, a more preferred appearance) or accept their hair loss yet retain the capacity to celebrate their manhood between the sheets? That seems to be the choice when it comes to Propecia finasteride, a drug that appears to foster hair growth but also comes with grievous Propecia side affects immediately apparent in the bedroom. 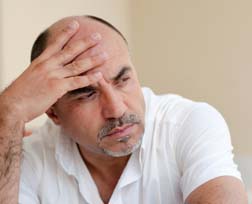 Finasteride was originally developed as a treatment for prostate cancer. However, when patients noticed that the drug also fostered hair growth on areas previously impacted by male pattern baldness, doctors perked up and began prescribing finasteride for hair growth.

Laterally, many Propecia and Proscar patients taking finasteride for hair growth have experienced Propecia sexual dysfunction. Many have reported that sexual function remains in a diminished state after the medication has been stopped.

That's the allegation by a Canadian, who filed a class-action lawsuit in Canada against the makers of Proscar, claiming that his use of Proscar finasteride has robbed him of his normal sexual function.

Lawsuits alleging problems with Proscar and Propecia have also been launched in the US, suggesting similar allegations.

An interesting twist to the Propecia long-term side effects saga is related in a column appearing recently in the Globe and Mail, Canada's national newspaper. Columnist Paul Taylor wrote on February 17 that the early onset of male pattern baldness could be an early indicator of prostate cancer risk.

Taylor detailed a study led by Philippe Giraud of the Paris Descartes University and published recently in the Annals of Oncology. In the study, 388 prostate cancer patients and 281 healthy men were questioned about their history of hair loss.

The study found that early hair loss was associated with double the normal risk of developing prostate cancer.

More PROPECIA CANADA News
It is believed that finasteride, marketed as both Propecia and Proscar, has the capacity to block male hormones thought to lay at the root of prostate cancer and shrink enlarged prostates. The fringe benefit for finasteride to foster hair growth is embraced all the more by men who experience hair loss at an early age. With this latest research suggesting that young men who begin losing their hair in their twenties could also have double the risk for prostate cancer, the use of Propecia and Proscar could serve dual benefits.

The Catch 22 comes in if and when patients experience Propecia sexual dysfunction—a side effect far more devastating to younger men. Propecia and Proscar patients who have filed or are participating in a Propecia class-action lawsuit also cite the emergence of anxiety in association with finasteride that is alleged not to disappear when the drug is stopped.