An exotic dancer who claims to have received no compensation of any kind from the owners of the gentleman’s club for whom she briefly worked, has filed a putative class action lawsuit in a California court alleging violations of state overtime pay laws, and similar violations against the federal Fair Labor Standards Act (FLSA). 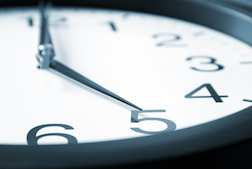 Plaintiff Lauren Byrne notes the defendant in her overtime pay lawsuit – now known as Santa Barbara Hospitality Services LLC – was compelled in 2012 to make changes following a $12.97 million settlement alleging dancers were incorrectly classified as independent contractors, rather than employees of the Spearmint Rhino group of nightclubs. Byrne alleges that five years later, not much has changed.

Byrne brings a compelling complaint, according to court documents. The plaintiff asserts that over the course of a single month of employment at a Spearmint Rhino club in Santa Barbara, she received no compensation of any kind beyond tips from clients and customers. From September 19, to October 23 of 2016 Byrne alleges she did not receive minimum wages for all hours worked, nor did she receive overtime pay for all hours worked beyond 40 hours in a week, as mandated by California overtime pay laws and statutes associated with FLSA.

“The FLSA violation raised in this lawsuit is straightforward,” Byrne’s complaint states. “Defendants do not pay their employees anything.”

“Plaintiff was first required to pay to enter the club, and her only compensation came in the form of tips received from club patrons,” Byrne’s complaint said. “Moreover, plaintiff was required to divide those tips with defendants and other employees who do not customarily receive tips. Consequently, defendants often failed to compensate plaintiff and other workers like her at federal- and state-mandated minimum wage rates, and failed to provide plaintiff and others like her with commensurate overtime.”

Byrne notes in her unpaid overtime putative class action that Spearmint Rhino pledged to stop the practice of classifying their dancers as independent contractors – identified as a common practice within the gentlemen club industry of the time – following the 2012 settlement. At that time, the defendant warranted that it would switch to either a classification of performers as employees, or owners / shareholders, or partners.

However, Byrne asserts nothing else changed.

More CALIFORNIA OVERTIME News
“It is clear that [Chief US District Judge Virginia A. Phillips of California’s Central District] intended Spearmint Rhino to reclassify their exotic dancers as employees or actual owners (or members) of Spearmint Rhino,” the complaint said, in reference to the 2012 settlement. “It goes without saying, Chief Judge Phillips did not intend for the club to continue its illegal pay practice of labeling its exotic dancers something other than employees (now ‘members’ rather than ‘independent contractors’) for the purpose of avoiding its federal and state wage obligations.”

Byrne is hoping to represent all current and former exotic dancers having worked at any Spearmint Rhino location nationwide over the past three years by way of an FLSA collection action, together with potential members of a putative California class of performers who worked at Spearmint Rhino locations in the state of California going back four years.

The unpaid overtime and FLSA lawsuit is Byrne v. Santa Barbara Hospitality Services Inc., Case No. 5:17-cv-00527, in the US District Court for the Central District of California.