More than 400,000 California caregivers were scheduled to receive California overtime and an increase in pay starting in January, but a district court judge ruled against the federal wage law, arguing the changes must be made by legislature. 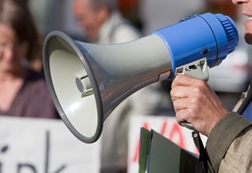 This decision prompted a protest on February 26 by dozens of caregivers and supporters of caregiver overtime, who took their complaints to the front door of Governor Jerry Brown’s residence. The protest is part of a month-long campaign to focus on this violation of the new California labor law - a ruling that was included in the 2014-15 state budget.

Why the about-turn? Even though $183.6 million in the current state budget and $314.2 million in Governor Brown’s 2015-16 proposed state budget has been set aside to pay for the changes, a lawsuit was filed by the Home Care Association of America and a number of other industry groups, claiming that higher wages and overtime would hurt business and make it difficult for families to afford needed care.

More CALIFORNIA OVERTIME News
The legislative director for the United Domestic Workers Union, Kristina Bas Hamilton, told the Sacramento Business Journal (February 26) that the Department of Labor has appealed the ruling and the Court of Appeals has ordered the appeal to proceed on an expedited schedule. The Domestic Workers Union represents 66,000 home care workers in California. Hamilton said that she expects a decision by this summer. Meanwhile, domestic workers and in-home caregivers’ overtime pay are in limbo, regardless that the State of California has money in its coffers to pay for the wage increases.

State finance officials also said the ruling could be overturned on appeal. For now, those workers affected will continue to receive regular time at the locally bargained hourly wage in the same way hours were reported and providers paid in 2014. This decision could mean an increase in California overtime lawsuits…

Posted by
Geri M.
on June 6, 2015
I have been a Caregiver for nearly a year and get no financial help.
Posted by
laura
on March 8, 2015
I have been a caregiver for almost 10 years Just had my annual appointment with IHSS. I received notice of overtime pay. Not having received it. My worker proceeds to let me know of this overtime pay but, on the same token took many hour away due to the fact my client is not suicidle in the night time. My client has never been suicidel. This is a new "rule" to take away half of the care. Then on top of this bad news. I have not received any overtime that was due.