“Every nickel, every dime," shouted a crowd of McDonald’s fast food workers back in 2014, "We deserve our overtime!” That’s the same refrain now but the crowd has expanded to include food giant Chipotle Mexican Grill, Ministry of Taste LLC, and Red Dog Restaurant—all accused of violating California overtime pay. 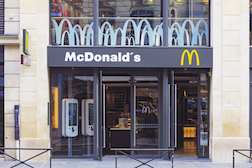 A proposed class action lawsuit filed June 8 claims that the fast-food chain Chipotle Mexican Grill Inc. has not paid overtime wages to thousands of its employees, violating the California labor laws and federal law. The lead plaintiff in the case, Carmen Alvarez, worked about 50 to 52 hours per week, at first without overtime pay because her weekly earnings exceeded the federal overtime threshold at that time. Alvarez, classified as an “apprentice”, claims that when she switched from an hourly wage to salary as part of a "management training program," she began working more than 40 hours a week and was preparing food without extra pay.

Although her claim was filed in New Jersey, it can affect Chipotle outlets nationwide, and thousands of workers in California. Further, this overtime rule could affect overtime pay of more than four million workers in the US as it would apply to other fast-food restaurants, including franchises.

At issue is the federal rule that expands overtime pay, despite a judge who, late in 2016, banned the Labor Department from enforcing the regulation. According to the Washington Post (Jun 7, 2017), attorneys in New Jersey representing Chipotle employees argue that the overtime rule still took effect as scheduled on December 1 because the court that ordered the injunction has not issued a final decision or repealed the regulation. The lawsuit also claims that the injunction applied narrowly to the Labor Department and does not block other parties, such as workers, from enforcing the rule in court.

(The Labor Department rule, which was finalized under the Obama administration, would more than double the income threshold, meaning that salaried workers who made as much as $47,476 per year were eligible for time-and-a-half, whereas the cut-off for overtime had previously been $23,660.)

Lastly, the continuing McDonald’s saga. Last month, Law360 reported the ruling by Los Angeles Superior Court Judge Ann Jones that McDonald’s corporate-operated stores’ practice of assigning all hours in an overnight shift to the day in which the shift started meant workers who had an overnight shift followed by a daytime shift often worked more than eight hours in a 24-hour period but received no overtime pay. In other words, the fast food giant violated the state’s overtime laws.

More CALIFORNIA OVERTIME News
The California labor code lawsuit was filed in 2013 by plaintiff Maria Sanchez. A year later, three additional plaintiffs joined the lawsuit, all claiming that managers had adjusted time records to erase some employee hours worked, failed to provide overtime, disallowed meal breaks during busy periods, and required unpaid work before, and after shifts such as washing uniforms.

Millions of fast-food workers could be owed millions of dollars. Chipotle could owe Alvarez and employees like her thousands of dollars each. With more than 2,250 locations in 2016, Chipotle had a net income of $475.6 million, according to its annual report. In 2015, it employed more than 45,000 people. That year, Chipotle Mexican Grill was the fifth largest in terms of revenue, with McDonald’s of course being the biggest, generating around $25 billion dollars that year.