"I was hired as a clerk for Mercury Books - a chain of adult bookstores—in July, 2002," says Benjamin Ziff. "About 18 months later, I was promoted to a day shift position with basic managerial duties. Of course, they don't call anyone managers in this position, but I was placed on salary anyway—classified as exempt. I never had a lunch break in either category and was never paid overtime." For all those years, Ziff didn't know his rights regarding California overtime, but he does now.

Ziff worked eight hours a day, five days a week without a break, not even a 10-minute rest. He calculated that he worked 41 months without a break. During that time, he was unaware of California law regarding overtime pay and didn't know his rights as an employee. "I was never informed that lunch breaks were mandatory, I had no clue," says Ziff. "I have worked jobs in the past where they gave me 30 minute breaks, but I never questioned it."

However, he did get paid overtime if he worked a nine-hour shift. " But I never received compensation for working through lunch or missed breaks." 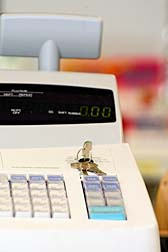 Two weeks ago, Ziff finally confronted his boss. "I said that I wanted time compensation for overtime hours worked and that we had a verbal agreement," he explains. "She said that we never discussed it and that I wasn't entitled to overtime because I was on salary. The next week, I was taken off salary and placed on an hourly rate. Exactly one week later, I was terminated. The reason given was that 'the position was no longer available'. In other words, I was laid off. She even had another employee call to tell me...

More News
I will be collecting unemployment soon. It is enough to get by until I find another job. I was taken advantage of and it is very unfortunate that people who run profitable businesses cut corners and abuse workers. I am glad that I found out more about my rights as an employee, particularly regarding how I could be exempt so they don't have to pay overtime. But I never had an exempt position.

I haven't done any number crunching yet but it is important that I follow through with my complaint against this company. It is important for other employees to know their rights and stand up for themselves, not to take this kind of abuse.

I'm not surprised that employers still carry on like this but we have to speak out about things that are important, especially workers' rights. There are a lot of things wrong with the world but it starts here, at home."