CA overtime: On the Sixth Day...

John L is a bio-medical technician at a hospital that recently changed his and many other employees' work week. "Although we work 80 hours over two weeks, we work six days in a row," says John. He contends that on the sixth day, overtime should be paid. And he contends that his employer is violating the California overtime labor law.

"We now have a 2-week pay period that starts on Friday and ends two weeks later on Thursday, totaling 80 hours," John explains. Even though he only works a total of 80 hours, in one of those weeks, he (and many of his co-workers) work six days in a row. 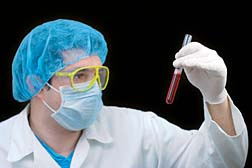 "For instance, on the first Friday [of a two-week period] I am off, then I work from Saturday through Thursday, off Friday, Saturday and Sunday, and work again Monday through Thursday. I work 8 hours a day so in those six days, so I work 48 hours," he says.

John also adds that in his department (bio-med), three co-workers have similar issues—they still have to work the six days in a row at some point. "What really bothers me is that we also have, under the same department director, six or seven people who work 10 days in a row without any overtime," he says.

"I don't care if it is OK with the employee or not, it is my understanding that you can't waive this. The fact is, if you work more than 40 hours in a row, they are violating the California labor law."

John has studied the California labor law to find out if in fact the hospital can schedule employees to work six days in a row without overtime. "We sure don't fall under some of these goofy exceptions it has listed," he says. "On the state's labor law website, other than being exempt, (and we aren't) the exceptions are really obscure. I can't see any excuse for the hospital to be doing this.

"If they want me to work six days in a row, I am fine with that, as long as I get overtime on the sixth day."

John says that, before their schedules were changed, everyone in his department was working a regular 5-day week. But another department has been doing this new schedule of six-days on, four days off routine for years.

More News
Why did their 5-day work week change? John believes that the hospital administrators were trying to come up with cost-saving measures. "In our department, the director chose this route--they were trying to save money by eliminating on-call employees," he explains. "They eliminated about 90 percent of on-call time costs. By doing that, they may have shot themselves in both feet. I've thought about this so many times--trying to be objective-- but in my opinion, it is just an economic blow-up. Being on stand-by is just insurance if there is a problem; we get hold of someone right away and get it fixed. But that has all changed.

So far, I'm the only employee who has pursued this issue. Everyone complains but nobody wants to do anything about it. I want to do the right thing and make sure the hospital is on the level with all of us."

Posted by
LIZ LASSETTER
on September 19, 2016
I work 6 hours per day Monday thru Friday. If I work on the 6th day, am I entitled to overtime?

Posted by
Cheryol
on March 3, 2012
I'm still not clear on the 6th day rule. I work 6 hours monday through friday and 8 hours on saturday. So if it is less than 40 hours for the week, but 6 days, is the 6th day overtime pay?