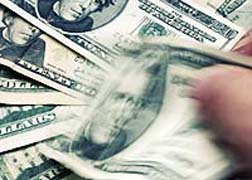 The most recent ruling from a Financial Industry Regulatory Authority (FINRA) arbitration panel came down in favor of Morgan Keegan & Co. The three-member panel was not convinced that Morgan Keegan misled investors into investing a substantial amount in funds that were not as secure as promised.

The claim involved 22 investors from the Houston area, who alleged that Morgan Keegan misrepresented the funds as being secure when they were not. The funds reportedly suffered massive losses in 2007 and 2008. Investors in the arbitration alleged they lost $2.2 million when the funds sustained those losses.

According to The Wall Street Journal (03/16/11), in addition to ruling against the investors, the panel ordered the investors to pay around $400,000 in legal fees. That ruling, however, reportedly only applies to the investors who signed an agreement that they could be liable for legal fees. The investors may appeal the decision to FINRA dispute resolution.

More REGIONS MORGAN KEEGAN FUNDS News
A different group of claimants received a much different result to their FINRA arbitration claim against Morgan Keegan in October 2010. That group, which involved 18 investors, was awarded $9.2 million after they claimed losses in Morgan Keegan Funds. Initially, The Wall Street Journal reports, the investors were all included in the same claims; however Morgan Keegan requested the panel split the claimants. Ultimately, the claimants were split into three groups. So far, the claimants have won one arbitration and lost the second.

A third arbitration is reportedly scheduled for April.

Meanwhile, according to an article in The Tennessean (02/20/11), 129 arbitration claims were heard by FINRA through mid-February 2011 concerning RMK funds. Those 129 claims resulted in approximately $24 million in awards to claimants, not counting payouts in which the award was kept confidential.

Some investors allege that the Regions Morgan Keegan Select Intermediate Fund was an unsuitable investment because of risks that were not disclosed. One investor, Edward Karrels, was reportedly awarded $350,000 in his claim against Morgan Keegan & Company.
READ ABOUT REGIONS MORGAN KEEGAN FUNDS LAWSUITS