Regions Morgan Keegan Funds: When Winning an Arbitration Is Only Half the Battle

Former NBA player Horace Grant may have thought days of high-stress battles were behind him since he left professional basketball, but he probably had no idea what he was in for when he filed an arbitration concerning Regions Morgan Keegan funds. Grant allegedly lost a lot of money in the RMK funds, and filed a FINRA arbitration to recover those funds. But even though the arbitration panel sided with Grant in 2009, he has yet to recover the money lost in his Regions Morgan Keegan investment. 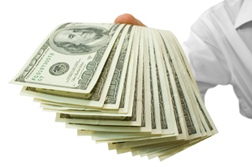 According to an article in the Chicago Tribune (09/15/09), Grant, who won three NBA championships with the Chicago Bulls, invested approximately $3 million with Morgan Keegan in 2001. According to his complaint, the funds were marketed as conservative investments. But in 2007, the funds dramatically dropped, losing more than 55 percent of their value while similar funds reportedly lost less than seven percent of their value.

The problem, according to reports, is that the funds were invested in debt-related securities and were hit hard by the subprime mortgage meltdown. Investors allege they were not told that the funds were so heavily concentrated in such securities. Grant's filing alleged that Morgan Keegan did not inform him about the true risks associated with the funds and that the company did not properly supervise fund managers.

In September 2009, a FINRA (Financial Industry Regulatory Authority) panel found in favor of Grant, awarding him $1.46 million but not releasing their reasons for the award. But the story does not end there. Because more than two years later, not only has Grant not received the money, he's filed a further arbitration against Morgan Keegan.

Although FINRA panel decisions are considered binding, they can be appealed under a specific set of circumstances. Morgan Keegan appealed the decision in the Grant case saying that statements made by arbitrators during the proceedings showed they had "predetermined the outcome."

More REGIONS MORGAN KEEGAN FUNDS News
In July 2010, a federal judge upheld the arbitration panel's decision awarding Grant $1.46 million. But Morgan Keegan has indicated it intends to appeal that decision, too. In the meantime, Grant hasn't received his money and said he was forced to take a lump sum payout of his pension, rather than receiving the yearly amount for life that he was entitled to. As a result, Grant has filed an additional $3 million securities claim against Morgan Keegan, alleging its failure to pay him forced him to take a loss on his NBA pension.

A spokesperson for Morgan Keegan called the filing "frivolous."

Lawyers say that it is rare that an arbitration panel's decision would be appealed in court and even more rare to appeal the court's decision to uphold the panel's ruling.