There is little doubt that investment products known as RMK funds lost tremendous value when the sub-prime mortgage bubble burst. There is also the charge that RMK Funds manager James Kelsoe allegedly falsified the value of the Fund's mortgage-backed bonds. To that point, Kelsoe was so charged by the Securities and Exchange Commission (SEC) in tandem with a civil suit. 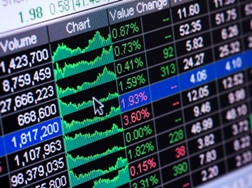 However, investors taking the proprietors of the RMK high income fund to task, and attempting to make them answer for investor losses, are encountering a checkered success rate when it comes to Financial Industry Regulatory Authority (FINRA) arbitration.

According to the March 31 issue of the Birmingham News, some 134 RMK arbitration cases have been heard. Of those, 49 percent have been dismissed outright. A total of 155 cases have been abandoned by investors prior to the airing of matters before the FINRA arbitration panel, effectively removing a potential $62 million in damages from the pipeline.

Overall, those investors who have been successful appearing before the arbitration panel have collected $24 million in damages, against original damage claims of $99 million.

There is little doubt that investors having lost value in their Morgan Keegan bond fund have something to complain about. The funds did well for a time—averaging a 12 percent annual return from 2004 to 2006. That performance stacks higher than the 7.6 percent earned by high-yield funds tracked by Morningstar, Inc.

More REGIONS MORGAN KEEGAN FUNDS News
But there was a risk that many investors infer they were not aware of at the time of their investment with Regions Morgan Keegan funds. Bonds were tied to sub-prime mortgages, many of which were held by homeowners with poor credit histories and thus at a high-risk for default. While the funds achieved excellent returns for a while, the strategy was at the same time a dripping tap from a weakening pipe—and the pressure was building.

When that pipe burst, in tandem with the collapse of the real estate market and the mortgage bonds tied to it, the Select funds lost an average of 67 percent in the 12 months ending May 2008.

Attorneys representing various funds, including the RMK multi-sector high-income fund, say there are still about 200 cases in the pipeline. In March, five cases were heard with investors winning three of them. Regions Morgan Keegan, the name behind the RMK funds, is said to be defending their position vigorously.