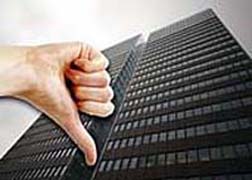 According to the report, there are at least two mutual fund class-action lawsuits in federal court against Morgan Keegan, with another 300 arbitration hearings and individual lawsuits also pending. One lawyer estimates that claims against Morgan Keegan could sit at more than $1.5 billion.

According to reports, so far 331 arbitration cases have either been tried or abandoned. Investors have won approximately $16 million so far, although half the claims against Morgan Keegan were reportedly rejected by arbitrators.

More MUTUAL FUND LOSSES News
In September 2011, the US Sixth Circuit Court of Appeals dismissed a class-action lawsuit filed against Morgan Keegan, deciding that the lawsuit should be heard in federal rather than state court. Among allegations made against Morgan Keegan are that investors were not told about the risks associated with their investments and were made to believe that the investments were safe and conservative when in fact they were risky.

Morgan Keegan is not the only company to face lawsuits and arbitrations regarding its mutual funds. Walmart and Merrill Lynch recently agreed to pay $13.5 million to settle a lawsuit related to its handling of a 401(k) plan. Specifically, the lawsuit alleged that Walmart offered participants in the 401(k) only mutual fund options that involved high fees. Meanwhile, the lawsuit alleged, Merrill Lynch accepted undisclosed payments from mutual fund companies for including them in the plan.

If you or a loved one have suffered losses in this case, please click the link below and your complaint will be sent to a financial lawyer who may evaluate your Mutual Fund Losses claim at no cost or obligation.
Request Legal Help Now