Send your Regions Morgan Keegan Funds claim to a lawyer who will review your claim at NO COST or obligation.
GET LEGAL HELP NOW 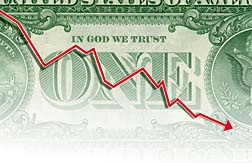 According to the lawsuits, the RMK Funds suffered heavy losses in share value because they were invested in new types of fixed income securities. The lawsuit also alleges that the defendants did not follow proper procedure in investing the RMK Funds' assets, which made the funds vulnerable to changes in the market. The Regions Morgan Keegan Funds allegedly suffered a decline in value of between approximately 50 percent and 65 percent.

The lawsuits allege that the defendants misrepresented or did not disclose facts about the Funds including the nature of the risk associated with the Funds, the illiquidity of securities in which the Funds invested, breaches and conditions in the Funds' portfolios and the concentration of investments in a single industry that exceeded the Funds' restrictions.

Examples of RMK Bond Funds that have reportedly suffered losses of year-to-date returns as of 12/31/07 include:

According to an article by Craig McCann ("Regions Morgan Keegan: The Abuse of Structured Finance, published in the PIABA Bar Journal, Vol. 16 No. 1, 2009), investors in six Regions Morgan Keegan bond funds lost approximately $2 billion in 2007. McCann argues that RMK did not disclose in its filings with the Securities and Exchange Commission exactly what risks the investors faced until after losses occurred.

Lawsuits allege that investors were not alerted to the risky nature of the RMK Funds and were, in fact, made to believe that the investments were safe and conservative when they were actually highly risky.

In September 2011, the US Sixth Circuit Court of Appeals dismissed a class-action lawsuit against Morgan Keegan, finding that the lawsuit should be heard by federal court rather than state court. Many of the investors involved in this lawsuit are reportedly involved in another claim against Morgan Keegan. In June, Morgan Keegan was handed a $210 million fine from state regulators and the SEC but admitted no wrongdoing in its handling of subprime mortgage-backed securities.

If you or a loved one has suffered damages in this case, please click the link below to send your complaint to a lawyer to evaluate your claim at no cost or obligation.
Please click here for a free evaluation of your Regions Morgan Keegan Funds claim
Last updated on Sep-19-11

Former NBA player Horace Grant may have thought days of high-stress battles were behind him since he left professional basketball, but he probably had no idea what he was in for when he filed an arbitration concerning Regions Morgan Keegan funds. Grant allegedly lost a lot of money in the RMK funds, and filed a FINRA arbitration to recover those funds. But even though the arbitration panel sided with Grant in 2009, he has yet to recover the money lost in his Regions Morgan Keegan investment.READ MORE
A Checkered Success Rate for RMK Funds Investors

There is little doubt that investment products known as RMK funds lost tremendous value when the sub-prime mortgage bubble burst. There is also the charge that RMK Funds manager James Kelsoe allegedly falsified the value of the Fund's mortgage-backed bonds. To that point, Kelsoe was so charged by the Securities and Exchange Commission (SEC) in tandem with a civil suit.READ MORE