People who invested in certain Morgan Keegan funds are now investigating the possibility of a lawsuit against the company, alleging they were not informed about important aspects concerning the risks associated with Morgan Keegan investments. At least one class action lawsuit has already been filed related to Morgan Keegan's Funds. 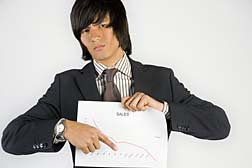 Allegedly, Morgan Keegan bond mutual funds were advertised as an investment that would provide high yields without excessive risks. The investments were made in illiquid securities that are rarely traded and do not have active price quotes that are maintained. When the subprime mortgage crash occurred, these investments suffered substantial losses.

Investors argue that they were given the false impression that Morgan Keegan bond mutual funds were a safe and stable investment. They note that if they had been given the truth about the risks involved in the mutual funds, they would not have accepted the level of risk. Specifically, they are upset about the large investments in mortgage-backed securities.

More News
Court papers filed in the lawsuit argue that, "The Funds and the defendants misrepresented or failed to disclose material facts relating to (i) the nature of the risk being assumed by an investment in the Funds, (ii) the illiquidity of certain securities in which the Funds invested, (iii) the extent to which the Funds' portfolios contained securities that were illiquid or exhibited the characteristics of illiquid securities so that they were highly vulnerable to suddenly becoming unsalable at the prices at which they were being carried on the Funds' records, (iv) the extent to which the Funds' portfolios were subject to fair value procedures, (v) the extent to which the values of such securities, and, consequently, the net asset values ("NAVs") of the Funds, were based on estimates of value and the uncertainty inherent in such estimated values, and (vi) the concentration of investments in a single industry."

Class action lawsuits have been filed against Morgan Keegan on behalf of all investors who purchased or otherwise acquired shares in the company's bond mutual funds between December 2004 and October 2007.
READ ABOUT THIS LAWSUIT