People who lost money after investing in certain Morgan Keegan funds are now investigating a possible lawsuit against the firm. They allege that Morgan Keegan was not upfront with information regarding those funds. One lawsuit has already been filed against the company, representing investors who acquired shares between December 6, 2004 and October 3, 2007. 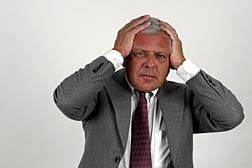 The funds at issue are the Select Intermediate Bond Fund and the Select High Income Fund. People who invested in those funds suffered heavy losses, allegedly because the defendant did not follow proper procedure when investing either fund's assets. The plaintiffs say that the funds were weak because of their tie to subprime mortgage-related assets. It is this tie to subprime mortgage assets that investors say they were not made aware of.

People who invested in the Morgan Keegan funds believed they were a safe, stable investment. Some lost money that was meant to pay for retirement or for children's college funds. They say they had no idea that the funds were so risky an investment.

More News
According to one of the lawsuits, the losses (between approximately 50 percent and 60 percent of the funds' value) were caused by

…the Funds' heavy investment in relatively new types of manufactured or structured fixed income securities that had not been tested through market cycles and by the failure of the Funds to have previously complied with required and disclosed procedures relating to the manner in which the Funds' assets were invested, the liquidity of their assets would be maintained, the lack of liquidity in the Funds' portfolios, the pricing of their assets, the valuation procedures used to price their assets, the uncertainty inherent in the estimated value of their assets, and/or the failure to disclose such breaches and failures and conditions in the Funds' portfolios that rendered them extraordinarily vulnerable to changes in market conditions, far more vulnerable than other intermediate bond and high income funds affected by the same events and conditions in the subprime and other markets in 2007.

The lawsuit further alleges that, based on the information given to investors by the fund managers, there was no way investors could have anticipated the sudden, massive drop in value of the funds. However, the plaintiffs argue that the defendants should have anticipated the funds' losses and should have made the plaintiffs aware of the potential risks. Many say they invested in the Morgan Keegan funds specifically because they were supposed to be safe.

If you invested in Morgan Keegan funds and lost money when the funds' value declined, you may be eligible to join a class action lawsuit. Contact a lawyer to discuss your legal options.
READ ABOUT THIS LAWSUIT