Morgan Keegan, which already faces lawsuits related to its select funds, now faces additional lawsuits regarding the company's handling of some of its funds, alleging the company misrepresented facts regarding those funds causing investors to lose a lot of money. Furthermore, Morgan Keegan faces a lawsuit alleging it mishandled county funds, costing residents of the county a lot of money. 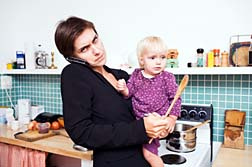 The lawsuit, as reported by Bloomberg, was filed by a man who alleges Morgan Keegan's work on county bond transactions resulted in residents paying ridiculously high sewer bills. Also named in the lawsuit are 11 other defendants, including JPMorgan Chase & Co, and other banks and insurers.

According to the lawsuit, the defendants, "failed to act in the best interests of the citizens of Jefferson County." Over the past 11 years, the sewer bills for Jefferson County residents increased dramatically while the county built a new sewer system. Most of the county's bonds were tied to derivatives, which pushed the county almost into bankruptcy and left residents paying the bills.

The class action lawsuit seeks damages for residents and compensation for fees paid for sewer services.

Meanwhile, Morgan Keegan faces even more claims regarding its funds. A lawsuit seeking damages of around $350,000 has been filed against the company, alleging that Morgan Keegan made false and misleading statements regarding the funds' risk tolerance and lack of diversification.

More MORGAN KEEGAN News
In a different lawsuit, a widow and her two children allege they lost around $280,000 in the value of their Morgan Keegan investments. Much like the other lawsuits regarding Morgan Keegan Funds, the plaintiffs in this lawsuit allege that their investment loss was the direct result of Morgan Keegan giving false and misleading information about the Funds' risk tolerance. Furthermore, they allege that Morgan Keegan omitted information regarding the funds' exposure to the subprime mortgage market.

Angry Morgan Keegan clients are writing to LawyersandSettlements.com, alleging that their financial advisors have not acted in their best interest. They say they have lost a lot of money because of their advisor's actions.

Although the public might assume that it is wealthy people who have lost only a little bit of money in these funds, at least one charity has filed a complaint. The charity, from Indiana, filed an arbitration complaint alleging that Morgan Keegan misrepresented the risk of its Regions MK Select Intermediate Bond fund.

If you or someone lost money in Morgan Keegan's funds, contact a lawyer to discuss your legal options.
READ ABOUT MORGAN KEEGAN LAWSUITS

If you or a loved one have suffered losses in this case, please click the link below and your complaint will be sent to a financial lawyer who may evaluate your Mutual Fund Losses claim at no cost or obligation.
Request Legal Help Now