Hartford Insurance Company denies disability benefits to its Policy Holders yet pays millions of dollars to bail out the Town of Hartford.

Imagine that an injury results in you being disabled and unable to return to work. You apply for long term disability but Hartford, your insurance company, denies your benefits. You don’t have any savings and no other source of income. And then you find out that Hartford, along with two other insurance companies, bails out the town of Hartford for millions of dollars – and not even their policyholders. Wouldn’t you want to be part of that payout? Wouldn’t you be angry, to say the least? 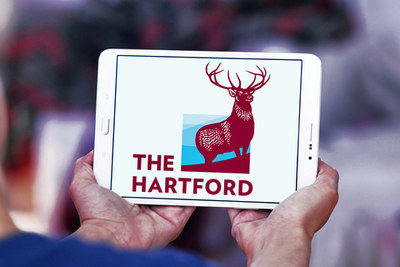 
Carol Stewart is the latest plaintiff to be denied disability benefits by Hartford Life & Accident Insurance Company. Stewart worked as an attorney from 1983 until March 2013 at a law firm that provided her and other employees with a welfare benefit plan that includes long term disability benefits and life insurance benefits. During that time, Stewart was diagnosed with Parkinson’s disease. By 2012, she became totally disabled and applied for two benefits under the plan: (1) long term disability benefits, and (2) waiver of life insurance premium benefits. Hartford denied both applications, later determined that she was eligible for (2) and next up, terminated her waiver of premium benefits.

In her complaint, Stewart claims that the giant insurer “erroneously denied her application for long term disability benefits and engaged in improper claims procedures in denying her application for, and appeal from the denial of, waiver of premium benefits”. She also contends that Hartford breached its fiduciary duties by “failing to follow the claims review procedure and by wrongfully denying Ms. Stewart’s claim for waiver of premium benefits.”

The court granted the motion to dismiss Count Two, the claim for breach of fiduciary duty under § 502(a)(3), because ERISA does not permit a plaintiff to seek equitable relief if the allegations supporting the claim for equitable relief would also support a claim for recovery of benefits, according to court documents. (The case is Case 2:17-cv-01423-KOB.)

In April 2017 a Philadelphia woman sued Hartford, also claiming breach of contract for terminating her benefits claim. Linda Besch filed a denied disability lawsuit against Hartford in the U.S. District Court for the Eastern District of Pennsylvania. In her lawsuit, Besch claims that she was damaged from having her long-term disability benefits terminated after many years of being honored, despite evidence that she is still disabled. (The case is 5:17-cv-01745-EGS.)

Hartford has a track record of wrongfully terminating and denying disability benefits. Back in 2010, Jack “Rocky” Whitten told Good Morning America that his insurance benefits were “unfairly cut off” after a Hartford private investigator caught him on video eating a taco chip, reading a magazine and getting into a car. Whitten had broken his neck, which he had previously injured, after a fall and doctors declared him permanently disabled and unable to return to work.

As a manager of Walmart, Whitten bought a Hartford disability insurance policy that would pay him 60 percent of his salary if he ever became disabled. He began receiving benefits in 2003, but about five years later a Hartford claims investigator dropped by his home with the incriminating video. To top it off, an independent medical examiner hired by Hartford said Whitten was "physically capable of performing full-time sedentary occupations," without even seeing Whitten. And contradicting three of Whitten's doctors and the Social Security Administration, all stating that Whitten was permanently disabled.

Hartford told ABC News that its "overarching mission has always been to ensure people with disabilities receive the benefits to which they are entitled,” and it only uses video surveillance to prevent fraud, and only in five percent of claims. But ABC News did its own investigation and found over a dozen cases where federal courts ruled The Hartford improperly overemphasized their surveillance video.

More LTD INSURANCE FRAUD News
Whitten and his attorney lost their appeal in January 2009, but just days after "Good Morning America" called Hartford to inquire about Whitten's case, he was reinstated monthly payments of $2,100 and received a check for $45,675.57 to cover past benefits. Hartford said its change of heart was because Whitten’s lawyer provided new information. Ah, the power of the media...

Hartford Insurance bails out the town of Hartford


With all the money saved by denying its policy holders disability benefits, Hartford, along with two other giant insurance companies, paid $10 million to aid the city of Hartford, which is hundreds of millions of dollars in debt, according to New England Public Radio. And the companies said more money is coming, “contingent on the city showing continued budget discipline”. That $10 million payment is just the first in five installments over the next five years.
READ ABOUT LTD INSURANCE FRAUD LAWSUITS

Posted by
Gary
on August 19, 2018
I was working for Dunkin Donuts and slipped and fell on the wet oily slippery floor. I broke my right shoulder and was told I would have to take off at least 1 month to recover. Dunkin Donuts fired me then and I had to deal with the insurance company which was Hartford. They took over 3 weeks to even help me and acted like it was all my fault. I was told by the doctor that I needed more than just aspirin for pain and when I got in touch with my insurance adjuster that I was approved for better pain meds, she told me that they will not approve it and I would have to sue and take them(Hartford) to court to get it.