Essure or Hysterectomy—the Latter May Be Preferable

Some women who opted for Essure chose the permanent birth control device because they didn’t want a hysterectomy. Due to Essure’s severe side effects and difficulty removing the device, however, Essure’s Physician Training Manual reports in its clinical trials a perforation rate of 3.4 percent and 0.5 percent expulsion (only 9 out of 14 patients underwent a successful second placement after expulsion—which is possibly the body’s way of rejecting a foreign body). But a few pages later, under “Potential Adverse Events not observed in clinical studies” it states: 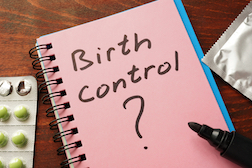 The following adverse events were not experienced by clinical trial participants but are still possible and/or have occurred in the commercial setting:
• Perforation of internal bodily structures other than the uterus and fallopian tube
• Adverse events associated with surgery attempted to reverse the procedure, pregnancy following a reversal, or an IVF procedure


One of the reasons why Essure is ineffective in preventing pregnancy is the rate of perforation. Outside of a clinical setting, the perforation rate increased to 14 percent in the US and 5 percent outside the country. It also adds the following:

“The causal association cannot be established between the perforation and the pregnancy. However, perforations have been identified in pregnant women who were relying on Essure for contraception.”

So in some cases the Essure device is not a permanent birth control device. And perforation of various organs can require a hysterectomy.

As of May 2015, the FDA had received 4,000 reports of serious complications related to the device, including severe back and pelvic pain, heavy prolonged menstrual periods, and coils that pierced the fallopian tubes and lodged in other organs, according to the New York Times.

More ESSURE News
According to a citizens’ petition filed with the F.D.A., an inspector was given records of 16,047 complaints made to the original manufacturer, Conceptus, between 2011 and 2013, when Bayer acquired a majority interest in the company. Both the agency and Bayer say Essure’s benefits outweigh the risks.

Essure is sold in at least 23 countries, Bayer officials say, and about 750,000 devices are in use worldwide. Company officials declined to say how many American women use Essure, but said serious complications were relatively rare. About 750,000 women have used it to prevent pregnancy and thousands of women have reported complications. How can “thousands” be rare? (Company officials said pretty much the same about transvaginal mesh, which faces tens of thousands of lawsuits).