A Missouri federal judge at the beginning of December ruled against Bayer’s motion to dismiss its Essure lawsuit and ruled in favor of 32 women who allege serious and permanent injuries from the permanent birth control device. 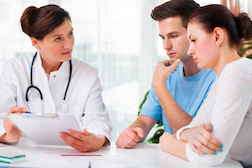 The Essure lawsuit has been remanded to St. Louis Circuit Court. Judge Henry E. Autrey of the US District for the Eastern District of Missouri ruled against Bayer based on federal question jurisdiction and diversity jurisdiction. According to plaintiffs’ lawyer Eric Holland and Louisiana-based law firms Unglesby + Williams and Baggett, McCall, Burgess, Watson & Gaughan, Judge Autrey stated: “The Court finds that the federal issues raised in plaintiffs’ complaint are not substantial, and accepting federal jurisdiction would disrupt the federal-state balance contemplated by Congress.”

Essure is a permanent birth control. A small Essure insert is permanently placed into each of the fallopian tubes by a doctor.

Last month, judges in Illinois and California ruled that Essure lawsuits can proceed in state courts and that Bayer can no longer rely on federal pre-emption law, which would have prevented plaintiffs from filing suit. Bayer has argued that, because the FDA approved Essure, it should not be held liable for injuries. The drug giant has also blamed physicians for Essure complications.

Last month the New York Times reported that Bayer officials insist there is no proof that Essure causes complications like chronic pain and autoimmune disorders. “These are so common to women,” Dr. Edio Zampaglione, Bayer’s vice president for United States medical affairs, told the Times. Tell that to women who had a hysterectomy due to Essure damage.

Kim Myers, age 53, had a hysterectomy after suffering three years of pain. The Essure metal and polyester coils had pierced her fallopian tubes. Leslie told this reporter that she had a total hysterectomy and her gynecologist believes that the permanent birth control device is not safe. Her attorney Lance Unglesby (also representing the women above) has gathered all of her medical records and is moving forward with her claim.

More ESSURE News
Meanwhile, the FDA has slapped a black box warning on Essure. And the agency has developed a three-page checklist for doctors, to be signed by both doctor and patient. But critics say the agency hasn’t gone far enough to protect women and remove the defective device from the market. And attorneys might warn patients not to sign the checklist.

Essure was approved in 2002 by the fast-track review process. It was approved despite clinical trials only lasting one or two years. (Essure is supposed to last for life.) By the end of 2015 the FDA had received approximately 10,000 reports of injuries and pregnancies, and even a few fatalities, related to Essure.