Essure Good News and Bad News, from California to Connecticut

Judging from the recent Essure dismissal in a Connecticut court, you might want to keep a journal to record details of your Essure injury. If you have an Essure complaint in California, however, such documentation may not be as crucial. 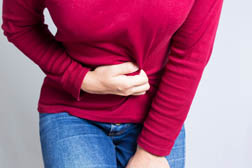 Essure Claims: Good News
On August 2, 2016, Judge Winifred Smith in Superior Court of California, County of Alameda, allowed 14 women to proceed with their Essure claims against Bayer, the manufacturer. Their attorney, Lou Bograd, successfully argued that their claims were not “expressly or impliedly pre-empted under federal or state law,” and attorney Fidelma Fitzpatrick said that Bayer should not be allowed to hide behind pre-emption.

Despite the FDA’s announcement in February 2016 that it will issue a clinical study for Essure to determine heightened risks for particular women and a black box warning on the labelling, a federal judge dismissed a Connecticut woman’s lawsuit against Bayer. Also in February, April Norman submitted a seven-count, 29-page Essure complaint, but it only comprised four paragraphs relating to her personal injury. And it was Norman’s third amended complaint. This did not bode well with Connecticut federal judge Jeffrey Meyer. He found that Norman’s claims “are either expressly or impliedly pre-empted by federal law, or fail to establish a connection between Bayer’s alleged wrongful acts and her injuries,” according to the Connecticut Law Tribune. Norman failed to indicate that her Essure device was improperly implanted, that it broke, that it migrated from her fallopian tubes, caused a puncture, or that it was in any way defective. Meyer further wrote that neither Norman nor her doctor “consulted or relied upon any particular information or warnings about the device."

Currently, a number of Essure attorneys are only accepting cases involving fatalities or additional surgeries such as a hysterectomy. It is unclear whether Deanna Alonzo and Desirea Harvey required a hysterectomy. However, attorneys are also reviewing Essure complaints by women who have suffered:

Judge Smith found that the California women can proceed with their causes of action regarding:

More ESSURE News
• Bayer's alleged failure to adequately warn the FDA, and thereby the public, of Essure's potential dangers and adverse side effects
• Claims that Bayer breached Essure's warranties and misrepresented Essure's safety and efficacy through advertising and promotional materials that were not approved by the FDA

Essure and Pre-emption
Bayer is counting on the federal pre-emption law to bar further claims against it. The giant drug company claims that Essure was approved by the FDA in 2002 as a Class III medical device and therefore immune to lawsuits brought by Essure victims. As for the claims in 11 consolidated cases filed in California State Court by 14 women including Deanna Alonzo and Desirea Harvey, attorney Fitzpatrick said the proceeding “improves the prospects for recovery of thousands of women alleging they were seriously injured by their use of Essure.”

If you or a loved one have suffered losses in this case, please click the link below and your complaint will be sent to a personal injury lawyer who may evaluate your Essure claim at no cost or obligation.
Request Legal Help Now

Click to learn more about LawyersandSettlements.com
LawyersandSettlements.com - A trusted, independent legal news provider bringing quality news and information on all legal cases and lawsuits filed in United States of America to its readers since 2002. Over 250,000 legal help requests including Personal Injury Cases, Consumer Frauds, and Drugs & Medical Cases have been forwarded to lawyers all across to the country.