Manhattan, NY: A new study that appears to deflect some heat away from Eliquis bleeding risks, combines with a previous court decision by a federal judge back in May to intensify the challenge involved in bringing a successful Eliquis lawsuit.
Read [ Is it Getting Just a Bit Harder to Bring an Eliquis Lawsuit? ]

Manhattan, NY: A new study released earlier this month suggests that blood thinners in the non-vitamin K oral anticoagulant class, or NOACs, could see heightened risk of bleeding when the blood thinners are taken in combination with certain drugs. Amongst the drugs in the so-called NOAC class is Eliquis, a new-age blood thinner that has been the subject of many an Eliquis lawsuit alleging unnecessary bleeding risk.
Read [ As Eliquis Lawsuits Fall, New Study Heightens Bleeding Risk in Eliquis Class ]

New York, NY: Raymond Warme, according to a recent Eliquis lawsuit, was prescribed the new-age blood thinner apixaban for atrial fibrillation. That was in April, 2014. Litigation brought on his behalf by his daughter and partner claim that Warme began to experience gastrointestinal bleeding within two months of starting on the drug. He would not survive.
Read [ Eliquis Lawsuit Alleges Wrongful Death, Product Misrepresentation ]

New York, NY: Three separate Eliquis side effects lawsuits each make similar claims: that Eliquis is unnecessarily dangerous and defective, and was rushed to market without an available antidote capable of reversing Eliquis anticoagulant bleedouts. The clinical trial used to approve apixaban (Eliquis), known as ARISTOTLE, was carried out in China and was sadly lacking, according to the plaintiffs.
Read [ Trio of Eliquis Blood Thinner Lawsuits Allege Defective Product ]

New York, NY: An Eliquis lawsuit that is one of several consolidated in multidistrict litigation (In Re: Eliquis (apixaban) Products Liability Litigation, MDL No. 2754, before the US Judicial Panel on Multidistrict Litigation) alleging that the blood thinner is a dangerous drug with no available antidote, translated to a loss for the plaintiffs on the heels of an 85-page opinion that suggest federal laws prevented the defendants from updating the Eliquis label.
Read [ Eliquis Lawsuit Reveals Manufacturers Face Restrictions on Label Changes ]

New York, NY: While the number of Eliquis side effects lawsuits continue to number at about 100, that number is expected to continue climbing as the Eliquis blood thinner continues to pose a risk to patients for injury, and in some cases death. Those are amongst the allegations in several lawsuits concerning the blood thinner approved by the US Food and Drug Administration (FDA) in 2012 that was allowed into the market without available means to reliably stop a serious bleeding event.
Read [ Federal Eliquis Blood Thinner Lawsuits Assigned to New York, State Suits Pending ] 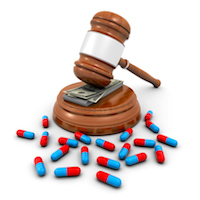 Wilmington, DE: The makers of the blood thinner Eliquis have sued Mylan Pharmaceuticals for patent infringement and asked a judge to stop approval of Mylan's generic version of the drug used in Eliquis.
Read [ Makers of Eliquis Ask the Court to Stop Sale of Generic Version ]

Plaintiff Asserts Eliquis Side Effects Left her with Permanent Injuries

New York, NY: This August we’ll be coming up to the one-year anniversary of an Eliquis lawsuit filed by Rhonda and James Hancock against Bristol-Myers Squibb and Pfizer Inc. The New York couple alleges that apixaban (Eliquis) has been linked to excessive bleeding and other life-threatening conditions, and that the manufacturers failed to disclose Eliquis side effects.
Read [ Plaintiff Asserts Eliquis Side Effects Left her with Permanent Injuries ]

Miami, FL: Apixaban, a blood thinner marketed by Bristol-Meyers Squibb Co. (Bristol Meyers) and Pfizer Inc. (Pfizer) under the name Eliquis and promoted as “something better than warfarin,” turned out to be something else again for patients, according to Eliquis blood thinner lawsuits. Plaintiffs allege the latter-generation blood thinners left them with uncontrollable bleeding, primarily involving the brain and gastrointestinal tract. Many case documents characterize those bleeding events as life-threatening.
Read [ Eliquis Lawsuits Moving Forward in MDL, Venue Still to be Determined ] 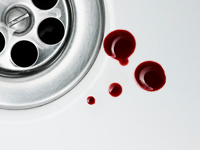 Following in the footsteps of other anticoagulant drugs, Eliquis reportedly now faces its own side effects lawsuit. The Eliquis lawsuit was filed in June 2015, and claims the patient in question was given Eliquis but not warned of the lack of an antidote or the risks associated with Eliquis side effects.
Read [ Eliquis Lawsuit Filed ]