Plaintiff Asserts Eliquis Side Effects Left her with Permanent Injuries

This August we’ll be coming up to the one-year anniversary of an Eliquis lawsuit filed by Rhonda and James Hancock against Bristol-Myers Squibb and Pfizer Inc. The New York couple alleges that apixaban (Eliquis) has been linked to excessive bleeding and other life-threatening conditions, and that the manufacturers failed to disclose Eliquis side effects. 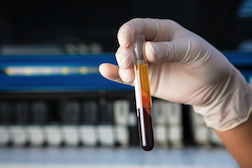 Eliquis is an anti-coagulant, or blood thinner prescribed to ward against stroke and systemic embolisms in patients who suffer from non-valvular atrial fibrillation. Eliquis is also prescribed for patients who have had hip, or knee replacement procedures and is used to prevent deep vein thrombosis and pulmonary embolism.

There have been various issues with Eliquis that have preceded the Hancock lawsuit, which was filed in August of last year in New York. According to court documents, the US Food and Drug Administration (FDA) delayed the approval of Eliquis in 2012 over the need to dig deeper into the quality of data from the drug’s clinical trials – including the number of patients who may have received the wrong treatment.

The manufacturers had also attempted to have Eliquis expanded for high-risk cardiac patients suffering from acute coronary syndrome, but found it necessary to drop those petitions for approval when excessive bleeding was noted in the clinical trials, without any clear benefit for Eliquis use.

The Hancocks, in their $10 million lawsuit, allege Eliquis placed the plaintiff in dire straits due to excessive bleeding. Rhonda Hancock alleges she was permanently injured from Eliquis blood thinner side effects that were ill-reported by the manufacturers of apixaban, while Bristol-Meyers Squibb and Pfizer continued to aggressively promote and market the blood thinner in spite of knowledge that Eliquis side effects could be fatal.

“These representations were made by defendants with the intent of defrauding and deceiving plaintiff, the public in general, and the medical and healthcare community in particular, and were made with the intent of inducing the public in general, and the medical community in particular, to recommend, dispense and/or purchase Eliquis…all of which evinced a callous, reckless, willful, depraved indifference to health, safety and welfare of the plaintiff herein,” the complaint states.

More ELIQUIS News
Unlike warfarin (Coumadin), which can be reversed with an infusion of Vitamin K, Eliquis was approved without any availability of an antidote. In their Eliquis injury lawsuit, the Hancocks allege that 490 hemorrhagic (Eliquis anticoagulant bleeding events) and at least 109 deaths associated with Eliquis were reported to the FDA.

Meanwhile, in early February the US Judicial Panel on Multidistrict Litigation (JPML) approved a consolidation of all federal cases in the Southern District of New York (In Re: Eliquis (apixaban) Products Liability Litigation – MDL No. 2754).

The Hancock lawsuit is Rhonda Hancock and James Hancock v. Bristol-Myers Squibb and Pfizer Inc., Case No: 156761/2016, in the Supreme Court of State of New York, County of New York.