The makers of the blood thinner Eliquis have sued Mylan Pharmaceuticals for patent infringement and asked a judge to stop approval of Mylan's generic version of the drug used in Eliquis. 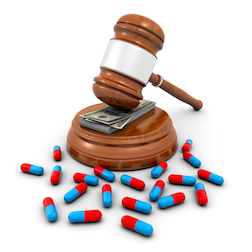 Eliquis is a new-generation anticoagulant (blood thinner) in the direct factor Xa inhibitor class of drugs. Eliquis is used to reduce the risk of stroke and systemic embolism and for prevention and treatment of deep vein thrombosis and pulmonary embolism.

New-generation blood thinners, which have been marketed as being superior to the drug warfarin, have been linked to risks of uncontrolled bleeding and increased risk of hemorrhaging.

More ELIQUIS News
In March 2017, Mylan notified BMS and Pfizer by letter that Mylan is currently seeking Federal Drug Administration (FDA) approval to manufacture and sell apixaban and had submitted an Abbreviated New Drug Application (ANDA) to the FDA.

In its notice letter to BMS and Pfizer, Mylan asserted that its apixaban product would not infringe on the Eliquis patents, which Mylan claims are invalid and unenforceable, according to the lawsuit, which was filed just over a month after BMS and Pfizer received the ANDA notice.

In the lawsuit, BMS and Pfizer seek a judgment that their patents are not invalid or unenforceable and that Mylan's manufacture and sale of its apixaban product will infringe on the Eliquis patents.

The plaintiffs also seek an order stopping Mylan from making and selling apixaban and monetary damages if Mylan manufactures, imports or sells apixaban.