A new study that appears to deflect some heat away from Eliquis bleeding risks, combines with a previous court decision by a federal judge back in May to intensify the challenge involved in bringing a successful Eliquis lawsuit. 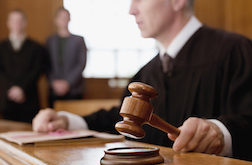 Back in February, the US Judicial Panel on Multidistrict Litigation (JPML) established consolidated pretrial proceedings for Eliquis blood thinner lawsuits, with some 80 cases having been transferred to the US District Court Southern District of New York before US District Judge Denise L. Cote.

However, those cases were struck a blow when Judge Cote granted a motion by defendant Bristol Myers-Squibb to dismiss the Eliquis lawsuit brought by plaintiffs Ciara and Charlie Utts. The latter experienced severe gastrointestinal bleeding through his use of Eliquis blood thinner and alleged – as did a majority of the other plaintiffs in the MDL – that Bristol Myers-Squibb withheld information with regard to the lack of an antidote designed to quickly reverse a serious bleeding event associated with the use of the Eliquis anticoagulant. Plaintiffs also alleged recommendations with an eye to maintaining a safe dose of Eliquis, were inadequate.

However, Judge Cote disagreed with that position and granted the defendant’s motion to dismiss. Amongst other findings, Judge Cote noted that the lack of an antidote was properly disclosed to the US Food and Drug Administration (FDA) before Eliquis was approved. The lack of a reversing agent was also disclosed within the drug product labeling, resulting in Judge Cote’s determination that warnings as established were sufficient as a matter of law.

Eliquis (apixaban) is part of a trio of newer-generation blood thinners intended to compete against, and one day replace Coumadin (warfarin), an older anticoagulant that requires strict monitoring to be effective but also benefits from an opportunity to quickly reverse the thinning properties of warfarin with an infusion of Vitamin K. Eliquis, and the two other newer generation anticoagulants Pradaxa and Xarelto, do not respond to Vitamin K in the same fashion.

All three were approved without a reversing agent. An antidote became available for Pradaxa in March of last year. However, reversing agents for Xarelto and Eliquis were rejected by the FDA in September 2016.

Now, another roadblock for Eliquis lawsuits and those also targeting Pradaxa and Xarelto: a new study jointly undertaken by Canadian and Australian researchers that suggests newer generation blood thinners such as Eliquis are not necessarily linked to a higher risk of Eliquis injury from bleeding when compared against Coumadin (warfarin).

More ELIQUIS News
“Given the advantages associated with these new drugs not requiring frequent monitoring, our results suggest that they may be considered as a treatment option for patients with VTE [venous thromboembolism] who are candidates for receiving oral anticoagulant therapy,” said lead researcher Min Jun, in comments published in WebMD (10/18/17). Jun, who is a senior research fellow at the University of New South Wales in Sydney, Australia, cautioned that the Canadian-Australian study was an observational effort, so the possibility that results were due to other unmeasured factors could not be excluded.

Dr. Byron Lee, director of electrophysiology laboratories and clinics at the University of California, San Francisco, said to WebMD, “Some of these drugs do not yet have a reversal agent, yet this study showed that in a real-world setting, these drugs are not leading to more major bleeds or deaths,” Lee said.

The study was published October 17 of this year in BMJ.